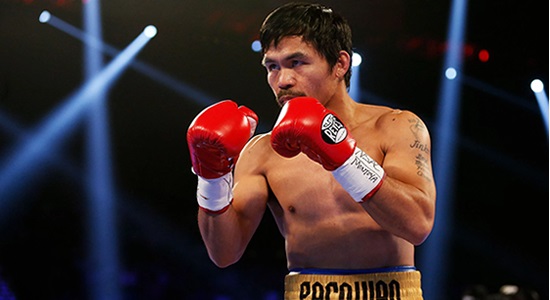 40-year-old Filipino boxing legend, Manny Pacquiao set the tone of the encounter by flooring Thurman in the first round with a straight right hand and won the 12-round bout on a split decision to become the oldest welterweight champion in history.

Youngster, Keith Thurman had initially vowed to end Manny Pacquiao's career but it was the Filipino boxing legend who beat Him in the WBA welterweight title fight on Saturday. This will be Thurmans lost for the first time (29-1) while Pacquiao collected a 62nd victory (62-7-2) and said it wouldn't be his last fight, either.

"It was fun, My opponent is a good fighter and boxer. He was strong."

"I think he did his best, and I did my best. I think we made the fans happy tonight because it was a good fight." Pacquiao said after the fight.

While the American Youngster said

"I wish I had a little bit more output to go toe to toe," he said.

"My conditioning, my output was just behind Manny Pacquiao's tonight.

"Tonight was a blessing and a lesson."