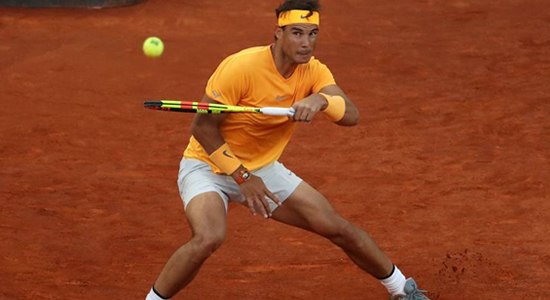 World No.1 Rafael Nadal suffered a shocking defeat to Dominic Thiem in the quarterfinals of the 2020 Australian Open in Melbourne on Wednesday.

Dominic Thiem made a significant breakthrough after upsetting World No. 1 Rafael Nadal to a shock 6-7, 6-7, 6-4, 6-7 in Melbourne on Wednesday. Nadal had survived a scare in the fourth round against Nick Kyrgios in a four-set thriller.

Nadal who was aiming to reach his seventh Australian Open semi-final and move two wins away from Federer’s all-time record of 20 Grand Slam titles lost the first two sets through tie-breakers and could not recover from the setback. Nadal did well to come back and take the third set 6-4 but Thiem bounced back and closed the match in the fourth.

Dominic Thiem, the world No.5, will now play Alexander Zverev in the semi-finals. Earlier on Wednesday, 7th seed Zverev had defeated Stan Wawrinka 1-6, 6-3, 6-4, 6-2 to reach the final four.

With this quarter-final exit, Nadal could lose his No. 1 spot in the FedEx ATP Ranking to Novak Djokovic, if Novak lifts a record-extending eighth trophy in Melbourne on Sunday.