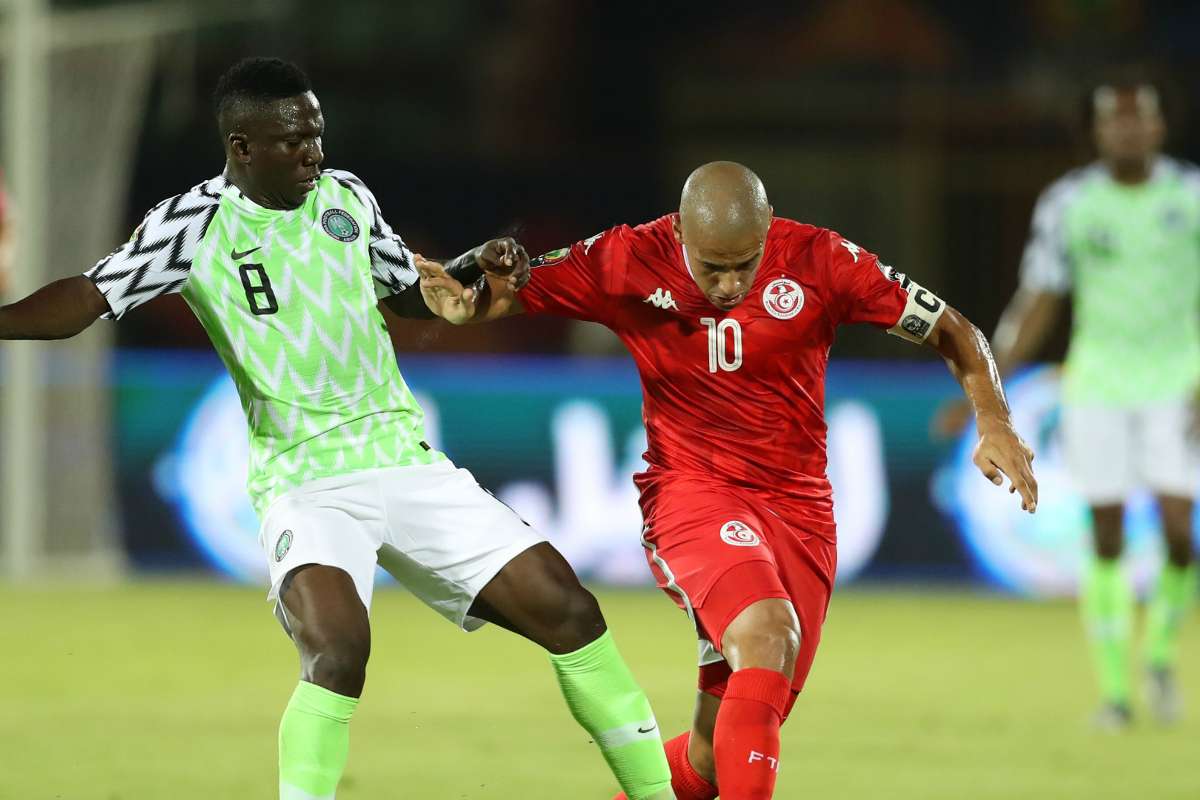 The Super Eagles of Nigeria will face the 2004 champions Tunisia who were beaten by the Gambia on Thursday but through to the next round has best group losers. The tricky fixture will be played on Sunday 23rd of January. It is no longer news that the Super Eagles topped their group, with a maximum of nine (9) points after winning all three matches and scoring six (6) goals in the process while conceding just one (1), which is from the spot-kick.

The Carthage Eagles of Tunisia on the other hand won just one (1) of their group games and lost the last to Gambia 1-0 on Thursday but however, booked their place to the knockout phase as one of the four third-placed countries.

The Super Eagles and Carthage Eagles have met on four occasions in the history of the competition. Nigeria lost to Tunisia for the first time in the third-place game of Ghana 1978, then went on to play a 1-1 at the Accra Sports Stadium, before the Tunisians walked off the pitch in the 42nd minute to protest the officiating; However, The Confederation of African Football (CAF) awarded the Eagles a 2-0 win while banning the Carthage Eagles from the 1980 edition.

In 2006, then host Tunisia defeated the three-time African champions 5-3 on penalties after ending the game on a stalemate of 1-1 after 120 minutes. They both played out each other again in 2008 when Nigeria defeated Tunisia in Egypt before completing a double against the Carthage Eagles in the 2019 edition when Odion Ighalo’s first-half strike was enough to see Nigeria to bronze as against Tunisia.