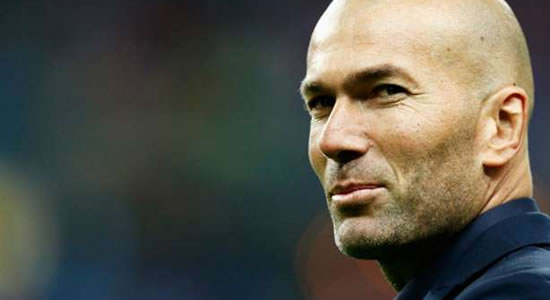 Real Madrid coach Zinedine Zidane confirmed on Saturday he will sign a contract extension in the near future with the club he has guided to back-to-back Champions League titles. “I’m happy because it’s a sign of confidence, that we have done good work,” Zidane told a pre-match press conference ahead of Real’s Spanish Super Cup showdown with Barcelona when quizzed on reports over his future.

Madrid sports daily AS reported the Frenchman will be rewarded with a three-year deal for his feats in not only delivering two Champions Leagues in just 20 months in charge, but also Real’s first La Liga title for five years. “I enjoy every day here,” added Zidane, who also ended his illustrious playing career at the Santiago Bernabeu.

“I’m lucky enough to have this extraordinary squad and I am very happy with it.” Zidane added the sixth trophy to his burgeoning collection as a coach when Madrid saw off Manchester United 2-1 to retain the UEFA Super Cup on Tuesday.

However, he acknowledged that even his future will depend on maintaining his winning streak given the high demands placed on coaches at Madrid. “You could sign a contract for 10 or 20 years, but I know where I am and what I have to do,” he continued. “Within a year you could be gone.”

Zidane also warned the European champions against a Barcelona backlash at the Camp Nou on Sunday.

Barca are still reeling from the loss of Neymar to Paris Saint-Germain for a world record 222 million euros with their attempts to land a replacement in Liverpool’s Philippe Coutinho and Ousmane Dembele of Borussia Dortmund so far falling short.

Zidane admitted “there aren’t many players” with Neymar’s individual qualities, but claimed his absence wouldn’t give Madrid the upper hand over two El Clasico clashes in four days with the second leg of the Super cup to come at the Bernabeu on Wednesday. “They have had changes but Barcelona are Barcelona. We know how they play and their idea of how to play isn’t going to change,” said Zidane.

“Neymar isn’t replaceable but there will be others that will do very well. If we think it is going to be easier tomorrow we will be mistaken.”