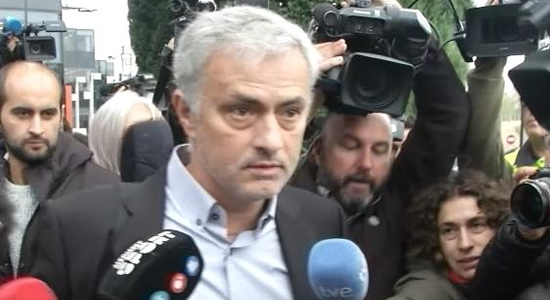 Mourinho Returns To Management At Roma On Three-year Contract

The 58-year-old was relieved of his duties at Tottenham on April 19, with the former Chelsea and Manchester United manager failing to convince at a third Premier League employer.

His stock remains high, though, particularly in Italy where he has previously enjoyed considerable success with Inter, and a role as successor to Paulo Fonseca at Stadio Olimpico is set to be taken on after committing to a deal through to 2024.

In a statement released on the club's official website, President Dan Friedkin and Vice-president Ryan Friedkin have said: "We are thrilled and delighted to welcome Jose Mourinho into the AS Roma family.

"A great champion who has won trophies at every level, Jose will provide tremendous leadership and experience to our ambitious project.

"The appointment of Jose is a huge step in building a long-term and consistent winning culture throughout the club."

Mourinho is one of only three managers to have won the Champions League with two different clubs - Porto and Inter - and has landed domestic titles in Portugal, England, Italy, and Spain.

Roma are convinced that he can succeed in their dugout, despite his spell at Spurs ending in trophyless disappointment.

Tiago Pinto, Roma’s general manager, added: "When Jose became available, we immediately jumped at the chance to speak with one of the greatest managers of all time.

"We were blown away by Jose’s desire to win and his passion for the game: no matter how many trophies he has won, his primary focus is always on the next one.

He possesses the knowledge, experience, and leadership to compete at all levels.