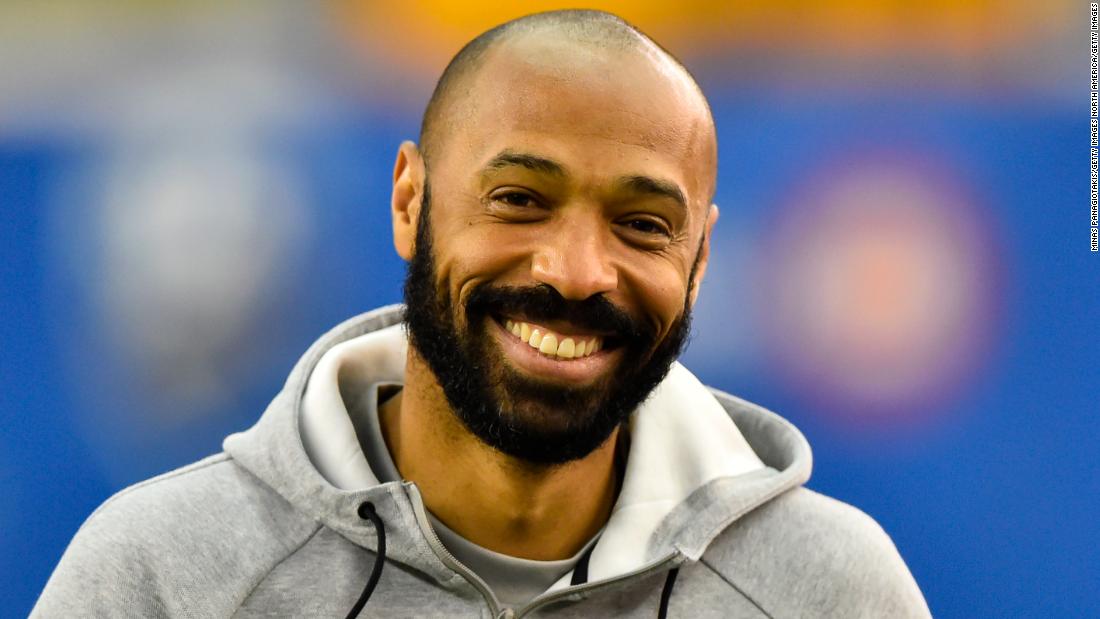 Former Arsenal legend, Thierry Henry has disclosed his plan of returning back to Emirates for a new coaching job. Henry has stamped his name in the sand of time as the highest goal scorer during his reign with 288 goals.

Henry hinted that the reason for his resignation was personal, connected to his family.

The 43yrs old legend added, “But it’s a utopia, and I am far from that. If you ask me, am I dreaming, yes I am dreaming? But when you are not dreaming, you are awake, and there is a reality. Would I love to coach Arsenal? Yes. Would I love to go to Barcelona? Yes, he said.

According to him, he is on his learning curve, and he is optimistic he will do well for the team because it is a time for him to prove himself as opportunities like this are very rare. He hinted that he will concentrate and make the best of the team.

His coaching experience also includes a stint at French League 1 side, as Monaco, and as assistant manager role with the Belgium national team.

He also left a good record at Barcelona following his move from the Gunners in 2007.