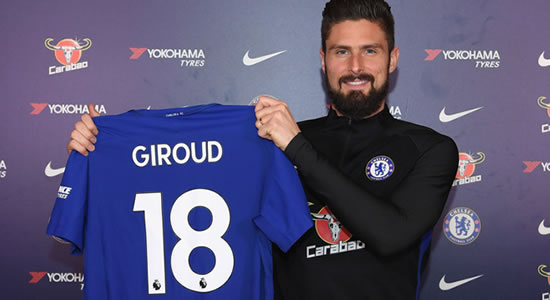 The French star fired his side to victory with a spectacular overhead kick, sealing a massive advantage heading into the second leg. Olivier Giroud says Chelsea came into Tuesday's clash with Atletico Madrid with their eyes on winning, even if it was an away leg at a neutral site.

The Frenchman says that was always Chelsea's intention, as the Blues were looking to have an edge heading into the second leg at Stamford Bridge.

The Frenchman's goal was not without a bit of a wait, as Giroud and Chelsea were forced to be patient during a VAR review.

Mason Mount's initial foray into the area resulted in a mishit clearance from Mario Hermoso, who fired the ball into the air behind him.

Giroud was awaiting in what would have been an offside position but, thanks to the touch from Hermoso, was free to smash an overhead kick, and ultimately seal the win.