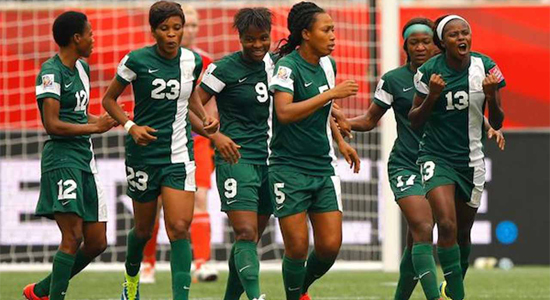 Nigeria national women’s football team, the Super Falcons have emerged as the first African team to be champions of the 2021 Alanya Gold City Cup after thrashing Equatorial Guinea 9-0 to claim their first international trophy of the year. Successive 1-0 wins over CSKA Moscow Ladies and the Uzbekistan women national team, saw the nine-time African champions recorded three wins with  11 goals scored without conceding any to lay claims the top prize in the high-profile invitational tournament.

The new technical team who has Randy Waldrum as head coach, enjoyed his first trophy after the Falcons hit the ground running from the blast of the whistle and eight minutes into the game when Ogbonna Kanu gave the Super Falcons the lead. Three minutes after taking the lead, captain Asisat Oshoala doubled Nigeria’s lead; scoring from the penalty spot after Toni Payne was brought down in the box.

Oshoala scored Nigeria’s third goal, again from the penalty spot and eventually completed her hat trick in style in the 26th minute making it 4-0. A goal each from Uchenna Kanu, Charity Adule, and Toni Payne saw Nigeria cruise to a massive 7-0 lead at the interval. In the second 45 minutes, two more goals were added to end the match with a comprehensive 9-0 victory and becoming the first African side to ever win the Alanya Gold City Cup.