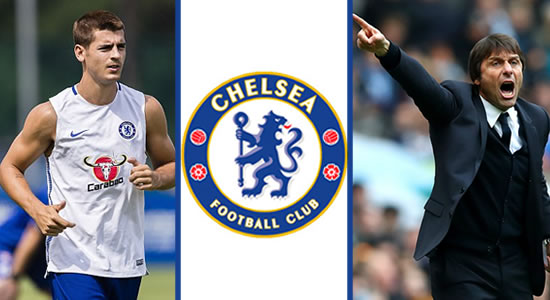 Chelsea Manager, Antonio Conte has disclosed that Alvaro Morata and Michy Batshuayi could play together on Sunday when the club lock horns with Arsenal in the Community Shield encounter. The Community Shield which is a curtain raiser meant to inaugurate the new season would feature the league winner and the FA Cup winner. Both clubs had played in the FA Cup final with Arsenal running away as the winner.

Conte said his planned partnership was borne out of the absence of playmaker, Eden Hazard. In a press conference with Evening Standard, the gaffer said  "When you have Hazard injured, I don't think there are any other options. We have only Willian so I tried this combination. It could be an option for me but Alvaro wants to play like a No.9 but he could play like a No.10."

The Coach assured that both teams will have an exciting encounter since they are both in good shape.

"A friendly game but it's the first trophy of the season so it's an important game. Chelsea and Arsenal are not in the best form because we are in the first part of the season. But, for sure, we want to play a really good game."

"We are trying to buy not sell! Eden is happy to stay with us and play for us." He said.