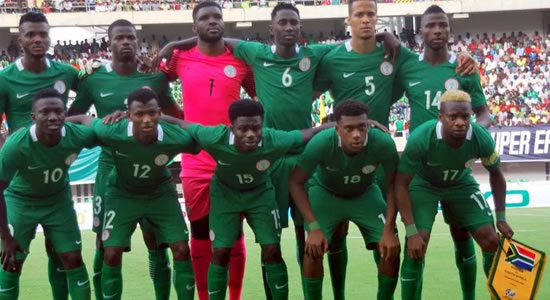 FIFA has appointed Egyptian referee Gehad Zaghloul Ibrahim Selim Grisha and Gambian referee Papa Gassama for the first and second legs of the 2018 FIFA World Cup qualifiers between the Super Eagles of Nigeria and the Indomitable Lions of Cameroon.

The appointments were confirmed by the Nigeria Football Federation on their official website on Tuesday.

According to the report, Grisha will officiate the first leg of the qualifier which comes up on Friday, 1st September, 2017 at the Godswill Akpabio Stadium in Uyo.

Grisha, 41, and who has been an international referee since 2008, took charge of Nigeria’s Matchday 1 encounter against Zambia in Ndola, which the Super Eagles won 2-1.

The return leg which will hold inside the Stade Omnisports, Yaounde on Monday, 4th September 2017, will be handled by Gassama who will be assisted by Jean Claude Birumushahu (Burundian, Assistant Referee 1), Aden Marwa Range (Kenyan, Assistant Referee 2) and Maudo Jallo (Gambian, Fourth Official).

Gassama, 38, was at the centre when the Super Eagles thrashed Algeria 3-1 in Uyo on Matchday 2.

Former FIFA referee Felix Onias Tangawarima from Zimbabwe has been assigned as Referee Assessor, with Congolese Jean Médard Kossa as Match Commissioner for the game in Uyo which starts at 5pm Nigeria time.

For the reverse fixture, Jerome Kelvyn Damon, a former FIFA referee from South Africa, will be Referee Assessor, while Sudanese Osama Ataaelmanan Hassan will be Match Commissioner. The match starts at 6pm Cameroon time.