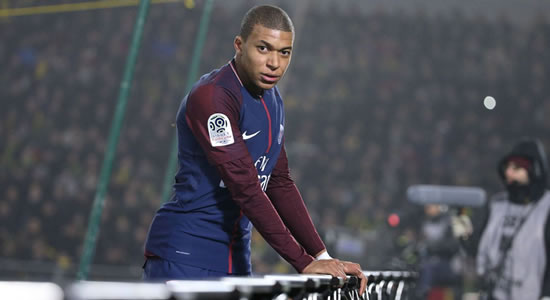 The Paris Saint-Germain star, Kylian Mbappe has identified Real Madrid manager, Zinedine Zidane as his football idol, amid transfer rumours that he might be heading to Spain this summer. Zidane had severally revealed his admiration for the prolific forward, hinting on a possible union.

Speaking at the launch of his new foundation in Paris, Mbappe mentioned Zidane and Cristiano Ronaldo as some of his idols growing up.

"Well, I've had phases. As a kid, it was Zidane," Mbappe said when asked about his idols. If you're a kid and you're French, your idol is Zidane.

"After, it was Cristiano, who I had the luck to go up against, and then the Brazilians for their way of playing.

"I want to leave my mark with my values, to leave a message in the history of football."

Marca.com says PSG are preparing to face Borussia Dortmund in the last 16 of the Champions League in February and Mbappe has his eyes on the trophy already.

"I want the treble, it wouldn't be bad. Winning the Champions League with PSG, my first European Cup, then the Euros and the Olympics to cap it off."