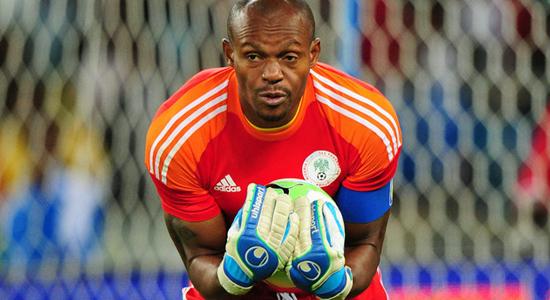 Super Eagles Coach, Gernot Rohr has asked his scout to keep a close watch on goalkeeper Austin Ejide who recently joined Israeli second division side Hapoel Hadera, as a possible replacement for Carl Ikeme in the double-header world cup clash against Cameroun ‎.

Rohr believes the Eagles need an experienced goalkeeper for the back to back World Cup 2018 Qualifiers tie against Cameroon, and has asked his scouts to keep tabs on Ejide’s performance in Israel.

Dele Aiyenugba is for now on standby as Ejide appears to be the one who has caught the attention of the coach, despite the former playing in a league higher than the latter in the same country.

A decision on if Chippa United goalkeeper Daniel Akpeyi will be called up for the tie following his not too impressive showing against South Africa in the 0-2 loss Nigeria suffered at home is not known yet.

Ejide’s possible call up will no doubt draw criticism for the manager as the former Super Eagles first choice goalkeeper has not played a single competitive game since the 2014/2015 season, where he kept goal for Hapoel Be’er Sheva in 34 games.