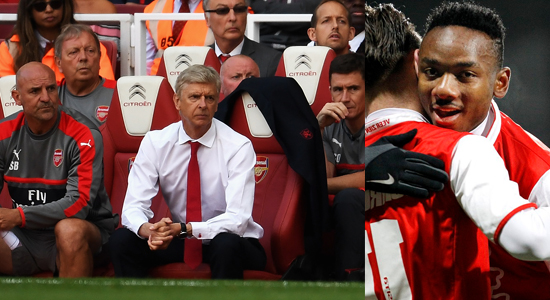 Highly rated Nigeria youth international Kelechi Nwakali is set to play for Arsenal when they take on Barnet in a pre season game on Thursday.

Nwakali had a good outing on loan to Dutch second division side MVV Maastricht last season, but he is still not eligible to play in England as he has not been issued a work permit by the Home Office.

The youngster is however back and is training with the U23s who are going to take on Barnet on Thursday in front of manager Arsene Wenger, who will watch the game.

The game will give the manager the opportunity to take a decision on the18 year old who captained Nigeria to the U-17 World Youth Championship title in 2015.

Nwakali was widely voted as the club’s best player among the players who went on loan last season.

It’s a tradition for Arsenal to play Barnet during pre season, and Nwakali won’t need a work permit to play in the tie as it is unofficial.

Several Arsenal players who are not yet qualified for a work permit have in the past played in the game.