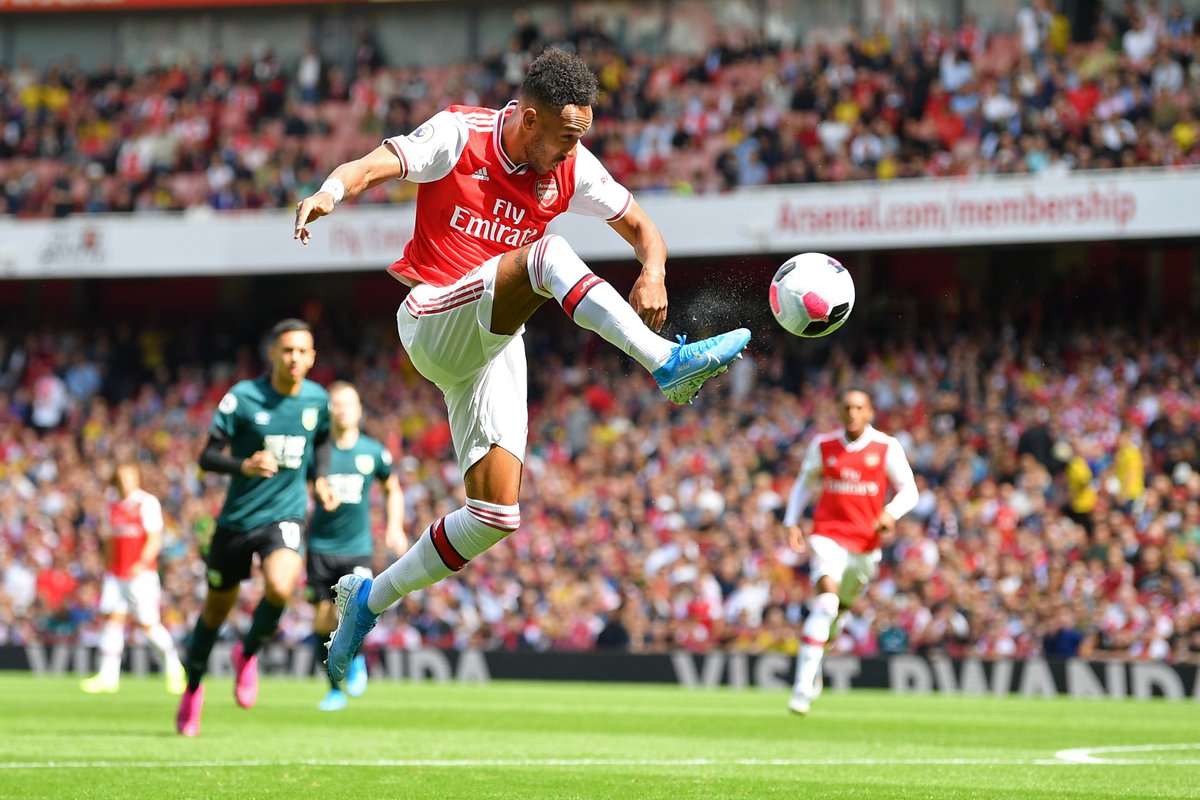 Pierre-EmerickAubameyang was Arsenal’s match-winner again as the Gabon forward sealed a 2-1 victory against Burnley to extend his side’s perfect start to the Premier League season on Saturday.

Aubameyang had netted the only goal in last weekend’s win at Newcastle and he emulated that crucial contribution with another decisive strike at the Emirates Stadium.

AlexandreLacazette’s first goal of the season had given Arsenal the lead before Ashley Barnes equalised for Burnley just before half-time. The last time Arsenal won its first two matches of the season was in 2009.

After failing to finish in the top four and losing the Europa League final against Chelsea denied Arsenal of a Champions League place and led to a summer of recriminations as fans vented their frustrations.

But Emery has quietly assembled a more vibrant squad than he had in his troubled first campaign.

With two successive wins to start the season for the first time in 10 years, the early signs are promising for Arsenal ahead of sterner tests against Liverpool and Tottenham in their next two games.