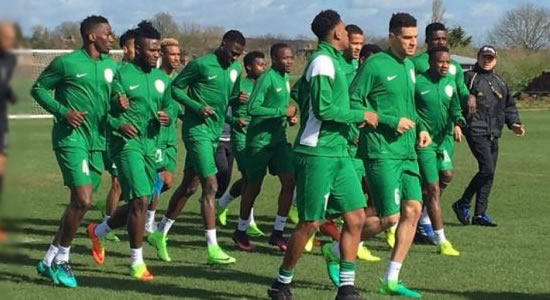 Nigeria’s Super Eagles will face Ukraine in an international friendly match on September 10 in Kiev. The much-anticipated match will be Super Eagles’ first outing since their 2019 Africa Cup of Nations Third-Place match in Cairo Egypt against the Carthage Eagles of Tunisia which The Gernot Rohr’s team won 1-0.

President of the Nigeria Football Federation, NFF Amaju Melvin Pinnick made the announcement via the Social Media on Friday Pinnick’s Tweet hinted that the game is part of his administration’s initiative to expose more players to international football.

“We have secured a Grade A international friendly match for the Super Eagles against the Ukraine in Kiev, on the 10th of September. It is part of our ongoing drive to expose as many players as we can to global football, so this should be another springboard for our national team development.”

An official of the NFF who spoke to Vigil360 said the game will serve as part of preparation for the Super Eagles’ 2021 Africa Cup of Nations qualifying games against the Squirrels of Benin billed to hold on November 11 at a yet to be named venue in Nigeria.