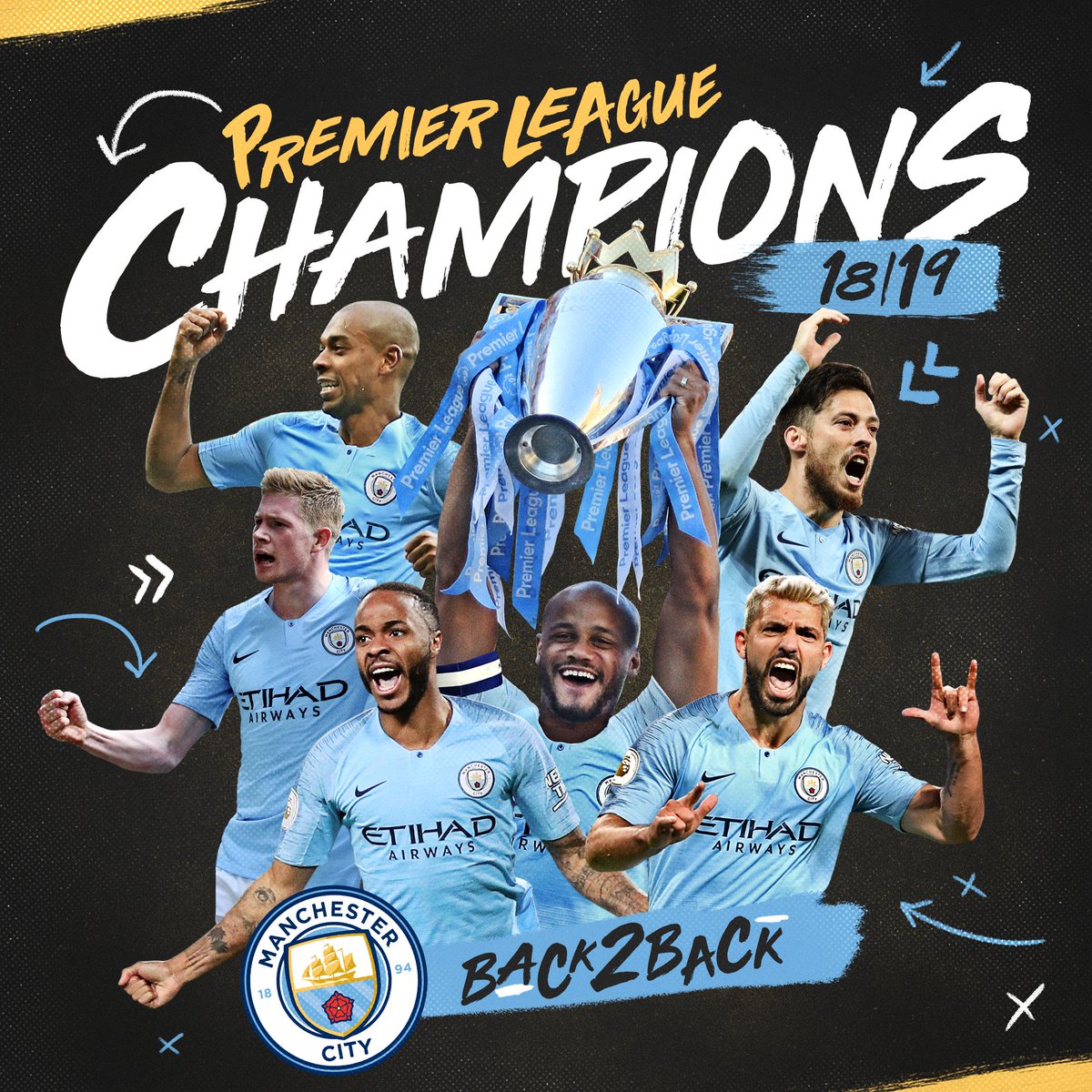 The Blue side of Manchester has emerged victorious in a final day encounter against Brighton, whereby becoming the first team since Sir Alex Fergusons United to retain the League title and set up a prospect for a domestic treble.

City's third trophy of the season came on the final day of the premier league campaign, having won the Community Shield in August, League Cup in February, the premier league title and most likely a potential FA Cup title. Pep Guardiola's team beat Liverpool to the title by winning their last 14 games. City title was graced with the record of becoming the first team to beat every team in EPL for the second straight season.