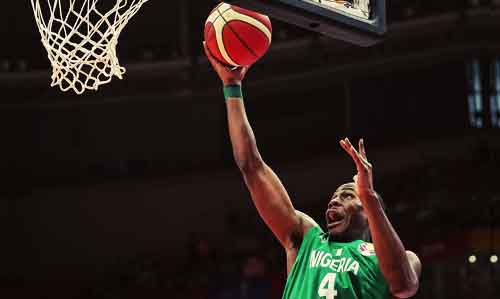 D’Tigers have secured Africa’s sole Olympic ticket to Tokyo 2020 after defeating hosts, China, 86-73 in a classification game at the ongoing FIBA World Cup in Guangzhou;

With the victory over China, Nigeria has become the most ranked team from Africa participating in the competition. Heading into Sunday’s games, Nigeria and 2017 Afrobasket winner, Tunisia were the two African teams left in the race for the sole ticket for the continent with one match to go. Although the D'Tigers triumphed after enjoying a superior point difference ahead of Tunisia who will have to go through qualifiers in order to secure a possible berth in Tokyo next year.

Nigeria coach Alex Nwora praised his team’s determination and was confident they could make some noise in Tokyo after his team recorded their third victory at the World Cup following defeats to Russia and Argentina, and also securing qualification for three (3) straight Olympics game (2012, 2016, 2020) in a post-match interview said

“We have a lot of talents but we showed resiliency, We weren’t going to settle with leaving China with a loss. We’re going to make the necessary preparations now so that we can be very, very good at the Olympics.”

As the game went in favour of Nigeria, Josh Okogie who recorded 16 points, three assists and five rebounds was unanimously voted as the man of the match while Nnamdi Vincent scored 14 points, two assists, and one rebound.

“We feel right now is the golden age for Nigerian basketball and we have a lot of exciting up and coming players,” he said.

“We just want to keep on building and have a good showing in Japan. It feels really good knowing that we are going back to the Olympics.”