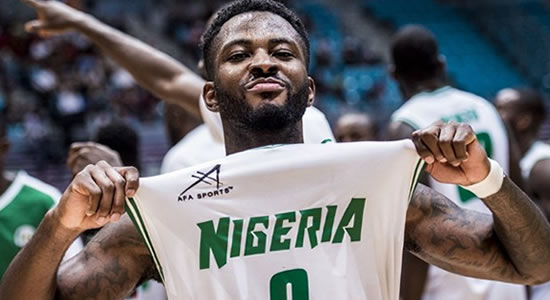 Nigeria’s D’Tigers have rounded off their FIBA world cup group stage campaign with a resounding win over South Korea, thereby keeping alive their hopes of securing their spot at the Tokyo Olympics as Africa’s top-ranked side.

After a tight first quarter, D’tigers dominated the second, third and 4th quarters on their way to a 108-66 points victory. Center, Michael Eric-led Nigeria with 17 points and 9 rebounds while point guard Ike Iroegbu contributed 6 assists.

After two straight losses in Group B of the 2019 FIBA World Cup in China, the D’Tigers of Nigeria on Wednesday, September 4 thrashed South Korea 108-66 in their last group game to get a qualification lifeline for the 2020 Tokyo Olympic Games.

The D’Tigers showed their intention straight from the start and edged their opponents 17-15 in the first quarter at the Wuhan Wuhan Sports Center.

They further extended their lead in the second quarter with a 32-18 score, 30-19 in the third before completing the rout in the fourth by 28-18 to get an aggregate scoreline of 108-66.

Alongside the win, Puerto Rico beat Tunisia 67-64 to leave Nigeria as the country with the highest point differential of any African team.  means that Nigeria is through to the classification games where they will battle for the Olympic ticket.