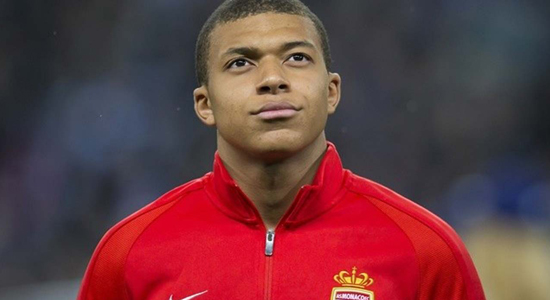 According to report monitored by Vigil360, Monaco’s teenage sensation, Kylian Mbappe has a Nigerian root. Owngoalnigeria.com reports that Kylian’s father, Wilfred Mbappe, who has Cameroonian and Nigerian roots, was once a refuge, who migrated to France for greener pastures. It further claimed that Wilfred in a bid to get a permanent stay got married to an Algerian-French lady Fayza, an ex-handball player.

Kylian was given a Yoruba middle name Adesanmi meaning “crown fits me” by Wilfred, who also adopted a son, Jirès Kembo Ekoko, a professional footballer of Congolese descent. His father also has a biological son and younger brother to Kylian named Adeyemi Mbappe, in recognition of his Nigerian roots.

Adeyemi is a Yoruba name meaning “the crown befits you.” Indeed, Adeyemi is the reason why Kylian celebrates his goals by posing with his arms crossed and thumbs up.

“This is how my younger brother celebrated when he beat me in the FIFA video game,” said Mbappe.

Wilfried works as coach at AS Bondy and he started training Kylian at the age of six. He also spends time coaching Adeyemi, while he is currently his Kylian’s agent.