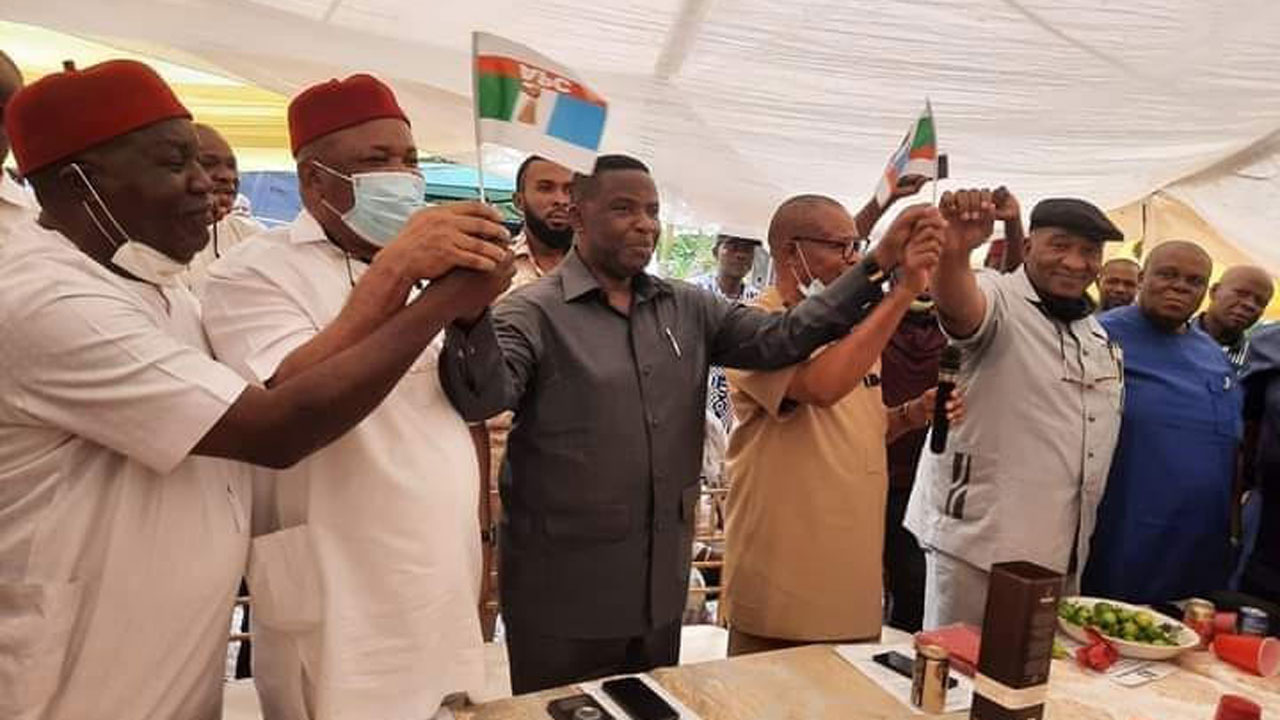 A former Imo State Governor, Chief Ikedi Ohakim formally defected to the All Progressive Congress (APC). Ohakim declared his membership of the APC on Tuesday at his hometown of Okohia in Isiala Mbano Local Government Area, saying his decision to join the ruling party was to offer support to Governor Hope Uzodinma in his drive to develop the State.

“I think Imo first and is a choice to stay on course. When the entire executive of APC, visited me for registering as a member of APC, I told them that I made my position based on informed choice.”

“I have a unique orientation participating in politics for common interest as against personal interest. This time around I have decided not to swim against the tide, adding that “the host here are the ones that will bury me when I die and since I cannot bury myself when I die I have decided to obey my people,” Ohakim said.

The ex-governor was received by APC officials, the Secretary to the State Government (SSG), Cosmos Iwu, and the governor’s Chief of Staff, Nnamdi Anyahie, among others.

Vigil360news reports that Ohakim served as Governor in Imo State between 2007 and 2012 under the platform of the Peoples Progressive Party (PPA), and later dumped PPA for the Peoples Democratic Party (PDP).