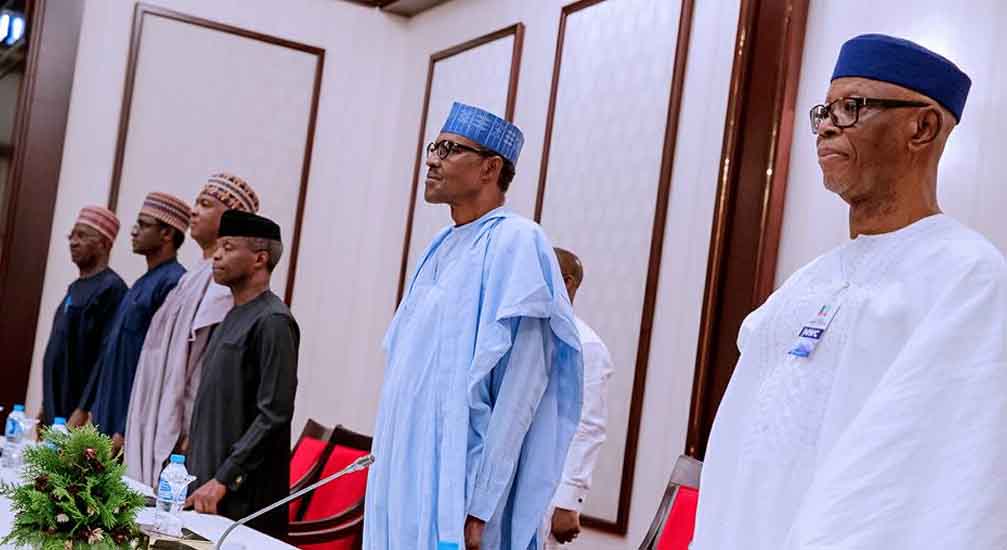 The All Progressive Congress (APC) has on Thursday said there was no provision for the third term for President Buhari while dissociating itself from the purported legal action taken by one of its member from Ebonyi state seeking the third term for Buhari and APC governors.

The APC party said they are convinced that Mr Enya’s action was the handwork of desperate opposition who are determined to tarnish the image of both the party and the Personality of President Buhari. The party has threatened to purge Mr Enya and other anti-democratic forces and charlatans amongst them masquerading as loyal members.

According to the APC, it read on the paged of the newspaper that one self-proclaimed member of the APC, Charles Enya has taken a legal action seeking amendment of the constitution to pave way for President Buhari to go for the third term.

The Party has initially contemplated ignoring him, however, the allegation is taking a serious dimension that the party has to give a clear message to him and similar agent provocateurs.

Mr Lanre Issa-Onilu, the spokesperson of the APC disclosed that during their recent National Executive Committee (NEC) meeting of the party, President Buhari pointed it point-blank that he will be guided by the constitution of the federal republic concerning his tenure of office. As Mr President added he had sworn an oath to uphold the constitution and therefore he cannot do otherwise.

Premium times reported last week that Mr Buhari during the NEC meeting called for unity in the party and upholding of the constitution.

Issa-Onilu made it clear that Mr Enya and any other member who engages in such mischievous act will be expelled from the party.

He added, by this statement the party is sending a strong signal to such other busybodies like Charles Enya who may be contemplating testing the resolve of our government on our mission to work for the best for our country to be ready to face the law.

“We would follow this new enemy of our country, who is most likely being sponsored by the desperate and misguided opposition, every step of the way, using all legal means to thwart his devilish efforts to create chaos in our country.