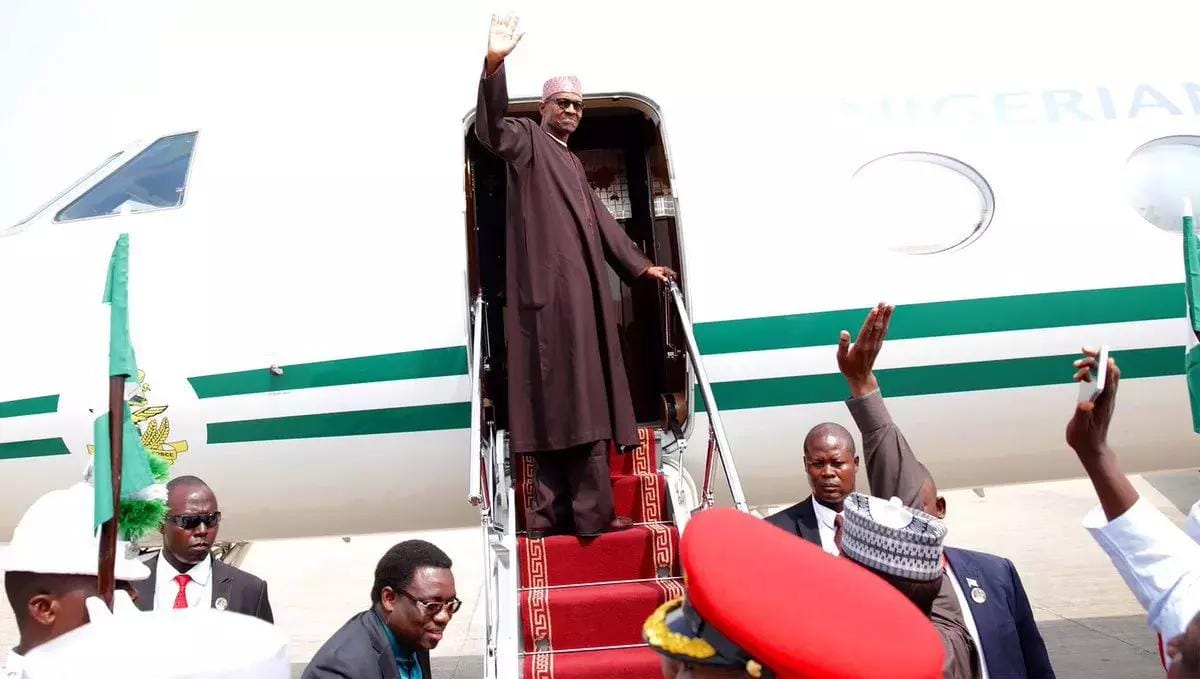 President Buhari Jets Out To UAE On Official Visit

President Muhammadu Buhari has jetted out to the United Arab Emirate, UAE, for two days of an official visit to the Emirate. It was gathered that Buhari while in the UAE will meet with the new leader of the Emirates, His Highness Sheikh Mohammed bin Zayed Al Nahyan who recently took over the mantle of the leadership after the demise of the late leader, Sheikh Khalifa who passed on last two weeks and to condole with him.

According to the statement released by the Senior Special Assistant on Media and Publicity, Mallam Garba Shehu, Buhari while at the Emirates, “will also extend his congratulations to the new President, renewing bonds of the longstanding friendship between Nigeria and the UAE.

Shehu added, “The President, in an earlier congratulatory message to the new UAE leader, had reaffirmed Nigeria’s cordial relationship with the country, noting that the cooperation between both governments has helped Nigeria in tracking down illegal assets and tracing terrorist funds.

“Under the new leadership, President Buhari looks forward to a bigger and stronger partnership for peace, stability, and prosperity of both countries”, the statement said.

President Buhari while on the journey was accompanied by the Minister for state foreign Affairs, Amb Zubairu Dada, Minister of Federal Capital Territory, Mohammed Bello, the Minister of Aviation, Senator Hadi Sirika, and Minister for Communication and Digital Economy, Prof. Isa Ibrahim Pantami.

The Nigeria leader is expected back into the country on Saturday, 21st May 2022.