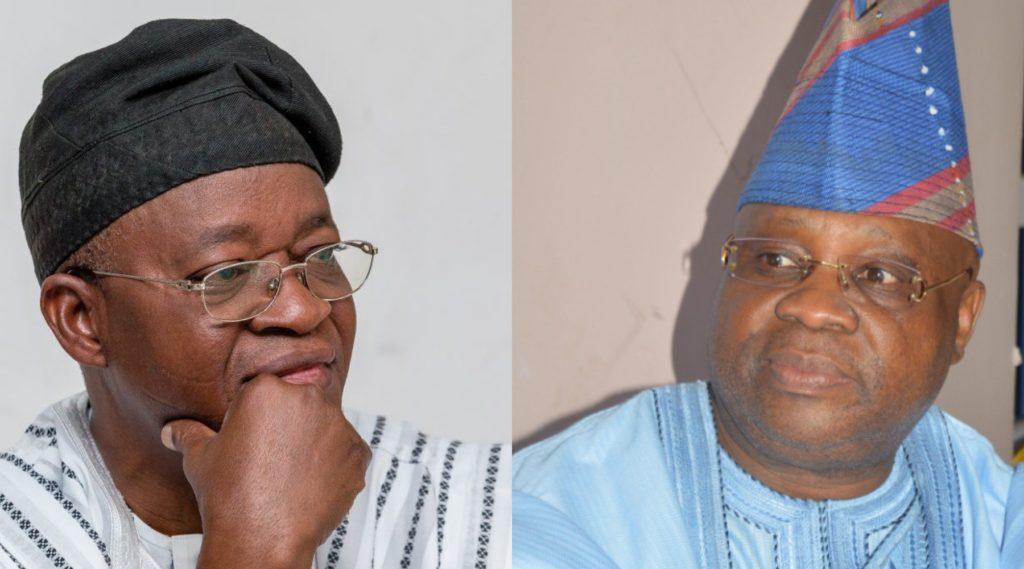 Incumbent Governor and Candidate of the All Progressive Congress (APC), Adegboyega Oyetola on the 5th August 202 submitted a petition, challenging the result of the just concluded gubernatorial election in Osun State, thereby seeking the tribunal in Osogbo to nullify the election of the Peoples Democracy Party, Ademola Adeleke. on the ground of fraught with certain irregularities. He also claimed that Adeleke ought not to have been declared winner as he was not qualified to have contested the election in the first place, having submitted a forged certificate to the Independent National Electoral Commission.

The legal team, he said, has established by the petition that the election in those 749 polling units across 10 Local Governments in Osun State was characterized by irregularities pertaining to overvoting.

“The Petitioners hereby plead and shall rely on Form EC8D (being the summary of collation of results) and Form EC8E (being the declaration of result) issued by the 1st Respondent, not only to show the recorded scores but also to demonstrate the invalidity of the scores recorded thereon,” the petition reads.

“The Petitioners plead and shall also rely on the Reports and evidence by their Experts, including Statisticians, Forensic Examiners, and other witnesses, as well as the Report of Inspection and Production of Materials granted to the Petitioners by this Honourable Tribunal.

“The Petitioners contend that the 2nd Respondent was, at the material time, not qualified to contest election to the office of the Governor of Osun State for having presented forged certificates to the 1st Respondent. The Petitioners say that the Diploma Certificate of Penn Foster High School purportedly awarded on the 16th day of July 2021 and submitted by the 2nd Respondent along with his Form EC9 to the 1st Respondent, was forged.

“The Petitioners say that in an attempt to meet the educational qualification requirement to contest the governorship election in Osun State scheduled for the 16th day of July 2022, The 2nd Respondent submitted to the 1st Respondent a Form EC 9 – Affidavit in Support of Personal Particulars – whereof in Column C which required him to state the schools he attended beginning with Primary School and educational qualifications with dates, he indicated that he attended Muslim Grammar Sch. Ede between 1976 – 1981 without stating what qualification he obtained, if any, from that School.

Meanwhile, Adeleke has responded to the news of his victory being challenged by Oyetola, revealing that he is ready to go to any length to prove his victory was not ill-gotten. Adeleke said: “This divine victory cannot be stolen through the backdoor.

“I urge the good people of Osun who voted massively to reject bad governance to remain calm. “We are doing the needful to defend their mandate. “We will do all within our powers to ensure judicial validation of our victory as this is an election globally certified as a great advancement in electoral transparency and integrity. “We also want to reaffirm our faith in the judiciary as a bastion of hope and justice. “We have unshakeable trust in God that this election petition shall end in another landmark victory for us and the resilient people of Osun.’’