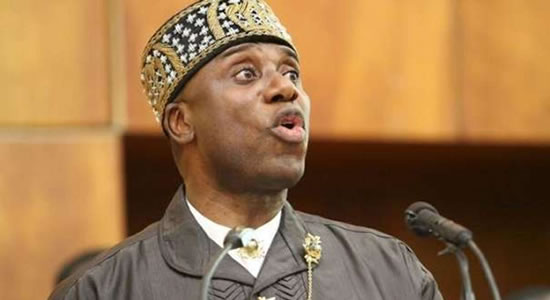 The Caretaker/Extra-Ordinary National Convention Planning Committee, lead by, Governor Mai Mala Buni had yesterday voided the purported suspension of the Minister of Transport, Rotimi Amechi and some members of the All Progressive Congress Party (APC) in Rivers state.

The Igo-Aguma-led faction of the Rivers state chapter of the party had this week announced that it has suspended Mr Amechi, Sen. Andrew Uchendu and former APC National Deputy Secretary, Victor Giadom from the ruling party for anti-party activities.

However, the National Headquarters of the APC sitting in Abuja through its Head of Legal Services, Dare Oketade said the purported suspension has to remain null and void and to no effect on the ground that those who issue the suspension order were impostors who deserve sanction from the party.

According to the party, those who posed as the officials are not members of the APC and do not have any record domiciled at the APC secretariat in its Abuja Headquarters.

Therefore, the party national Chairman, Governor Buni informed the Rivers State chapter of the party, that its party chairman for Rivers state is, Hon. Isaac Ogbobula who was legally sworn in at the national Secretariat of the party in Dec. 2020 by virtue of the National Executive Committee meeting held at the council chamber of the state House Abuja.

The statement further states that “By the above, I wish to draw you and other party members in Rivers State attention to the consequences of impersonation both within the constitutions of our party and laws of Nigeria.

The party warned that it would not hesitate to take stiff disciplinary measure against any member of the party who illegally parade itself as Rivers state officials of the APC apart of those that were endorsed by the Extra-Ordinary Caretaker committee of Governor Buni executives.