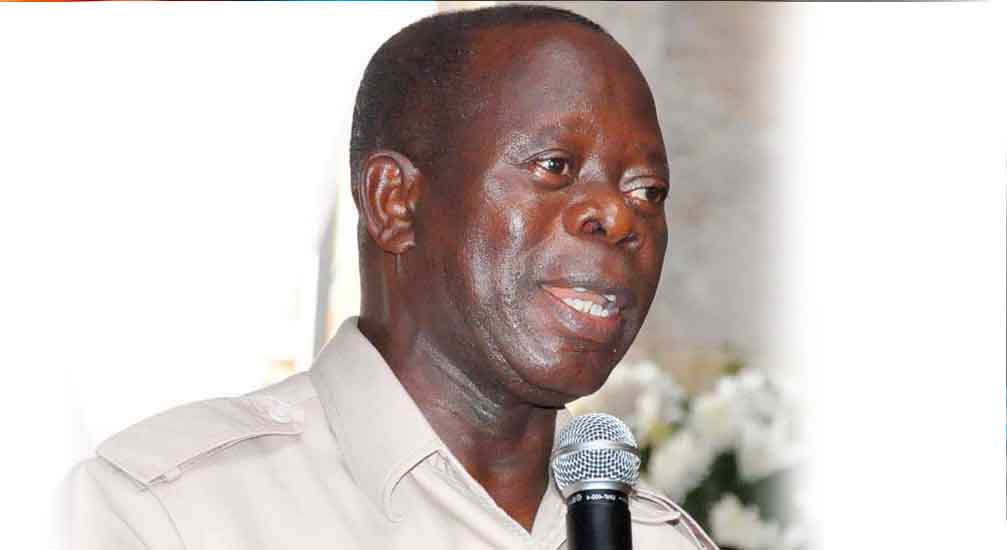 The All Progressives Congress (APC) party has disclosed its decision for dissolving the former National Chairman of the party, Adams Oshiomhole-led National Working Committee (NWC), and subsequently replacing it with the caretaker committee was in the interest of the party to save it from further sinking. The APC made its position known in a counter-affidavit tendered before the Federal High Court sitting in Abuja in response to the suit filed by the party’s Youth Leader of Abia state, Kalu Agu challenging the party for dissolving the Oshiomhole-led NWC.

The National Executive Committee of the party had sometimes on June 25, 2020, dissolved the Oshiomhole-lead NWC of the party and subsequently constituted a caretaker committee being led by, Mai Mala Buni, the Governor of Yobe state.

However, in a suit marked, FHC/ABJ/CS/36/2020, filled July 8, 2020, Agu prayed for a restraining injunction to the Court against the Buni caretaker committee to desist from parading itself as the National officers of the party.

Joined to the response o the suit was the Independent National Electoral Commission (INEC), the party, and the Buni-led committee.

Meanwhile, the APC through its lawyer, S.E Aruwa, prayed to the court to dismiss the suit, which according to him “is designed to destabilize the affairs of the 2nd respondent (APC).”
A source from the Aruwa law firm, Mrs. Adenike Adelakun, revealed that “setting up the Caretaker/Ordinary Convention Planning committee was a way to address the crises that were rocking the party and affairs of the second defendant, APC”.

Meanwhile, the plaintiff had filed an application for hearing of the suit during the ongoing vacation of the Federal High Court.

In the meantime counsel to the APC caretaker committee has opposed the application.

Subsequently, the presiding Judge, Justice Taiwo Taiwo has fixed September 18 for the hearing on whether to hear the matter during the court vacation.