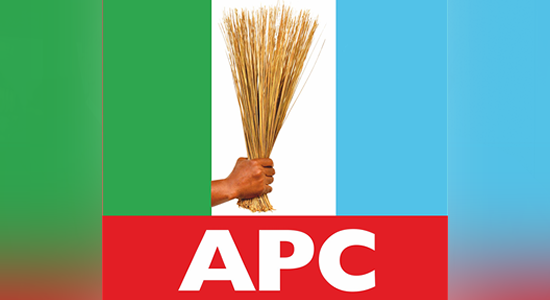 The All Progressive Congress (APC) Governors has yesterday under the Progressive governor’s forum appealed to President Muhammadu Buhari to intervene and rescue the party from collapsing from the lingering crises that are threatening the party.

In recent time, the APC has been in turbulence at both national and state-level over the party inability to sort out themselves, leading to the suspension of Adams Oshiomhole, the National party Chairman and the subsequent defection of governor Godwin Obaseki of Edo state, the Deputy Governor of Ondo State, Agboola Ajayi and other notable personalities all have set the ruling party into comatose.

Consequently, the Chairman of the Progressive governor’s forum, Atiku Bagudu, the Governor of Kebbi state in the company of two of his colleagues had on Monday meet president Buhari to wed into the matter before it is too late. Governor Simon Lalong of Plateau state and his Jigawa state counterpart were part of those who meet with Buhari at the presidential villa, Abuja.

The meeting which barely came a day after, Sen. Ahmed Lawan, the Senate President meets with Buhari over the same issue. Shortly after the meeting, Governor Bagudu told newsmen that he was optimistic; President Buhari would make truce considering calls from all angles on him to wade into the matter and save the party from crashing.

In his statement, Bagudu revealed they were in the state House to meet Mr. President to discuss party affairs and their position to support all steps to unify and bring about a peaceful resolution of the crises in the APC.

He added, the president gave them a listening ear and assured them that solution will soon come their way. Bagudu explained that Buhari being a democrat has refused to dictate the direction for the party but chooses to be neutral despite his position. He drew the attention of newsmen that they can bear witness that Buhari has never wished to stir the affairs of the party. “Yes, he is the party leader, he allows party organs to do and decide what should be done.

“He is very hesitant to use his standing even as party leader, talk less of his authority as Mr. President of the country to direct things, but at all times, he has been alive to the issue and like I said earlier, I believe with the encouragement he gave us this morning (yesterday), with the level of details he has about all what is happening and the number of people he has listened to and heard. “I believe that whatever needs to be done including the possibility of calling any of the organs of the party that is necessary for the resolution of lingering issues will be done immediately, Bagudu said.

“Let me again say that the party is never a perfect assembly. There will always be issues and that is why we talk, but yes certainly, organs of the party need to meet and Mr. President without directing is always supporting the necessity of party organs meeting appropriately,” he said. DailyTrust.

Reacting to the removal and replacement of the party National Secretary, Victor Giadom with Worgu Boms and the subsequent protest at the party National Headquarters, Bagudu said “I think our party, the All Progressives Congress is a party that believes in dialogue and contentious issues arise when you are dialoguing and we will recall that because of the sanctity, which President Buhari attaches to constitutionalism, we held our national convention literally at the same time we are holding primaries because Mr. President has always said that we told Nigerians that our party is going to be a party of due process and we will do that no matter the challenge of the moment.

Meanwhile, protesters had on Monday trooped to the National Secretariat of the APC calling for the sack of all NWC members. The protesters under the auspice of “Concerned APC members” lead by comrade Okpokwu Ogenyi called for the meeting of the National Executive Council (NEC).