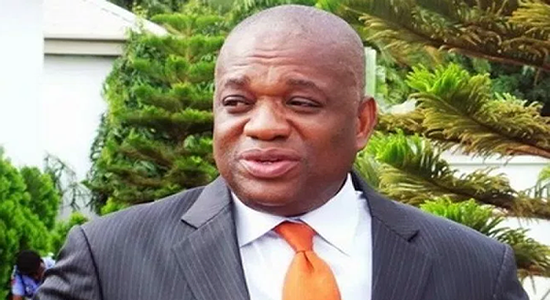 Senator Orji Kalu Set To Resume At the Senate Tomorrow

The former governor of Abia state Senator Orji UzorKalu, following the nullification of his 12-year jail termconviction at Nigeria's Supreme Court as well as his eventual release from Kuje Prison, Abuja on Friday is billed to resume at the Senate tomorrow May 12. Senator Kalu was convicted of N7.65billion fraud perpetuated when he was Abia state governor between 1999 and 2007. He was convicted alongside his firm, Slok Nigeria Limited and his former Abia state director of finance, UdeUdeogu.

The lawmaker, who represents Abia North in the Senate under the platform of the All Progressives Congress (APC), spent about 5 months after being remanded in prison in December 2019.

After his conviction,MrKalu, who is the Senate Chief Whip, continued to benefit fully of all his entitlements, plus his salary while in prison though he was not performing any legislative duty.

The Red Chamber had earlier said that despite his conviction, Kaluremained a serving lawmaker until he has exhausted all legal options available to prove his innocence of the allegation.