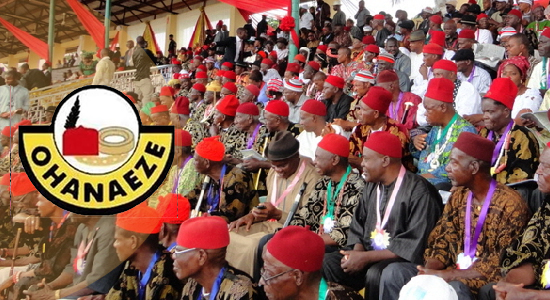 The Youth Wing of the apex socio-cultural organization in the South-East, Ohaneze Ndigbo, on Thursday, urged residents of Imo State, especially youths, to remain calm over the Supreme Court’s judgment on the governorship election in the state.

The Supreme Court had in a unanimous judgment removed Chief Emeka Ihedioha of the Peoples Democratic Party (PDP), as governor of Imo and declared Hope Uzodinma of the All Progressives Congress (APC), as the validly elected governor.

The National Youth Leader of Ohaneze Ndigbo, Chief Arthur Obiora, while speaking with newsmen in Enugu on political development in Imo appealed to youths in the state to remain calm and allow peace to reign.

He insisted that irrespective of the verdict of the court, the interest of Imo people and residents “must be sacrosanct’’ and all political gladiators in the state must pursue the people’s interest and embrace peace.

He urged whoever is in the mantle of leadership in the state to live up to Imo people’s expectations and fulfills his electioneering campaign promises to them.

“Ohaneze Ndigbo Youth Wing is asking for calmness in the whole of Imo. We may not agree with the Supreme Court’s judgment but we are duty bound as law abiding and responsible citizens to accept it.

“We ask the new government to ensure that it keeps its campaign promises made to the good people of Imo at the end of the day. Ohaneze believes that good governance is all about bringing the dividends of democracy to the people.

“And the very best of good governance is what the peace loving people and residents of Imo want now,’’ he added.