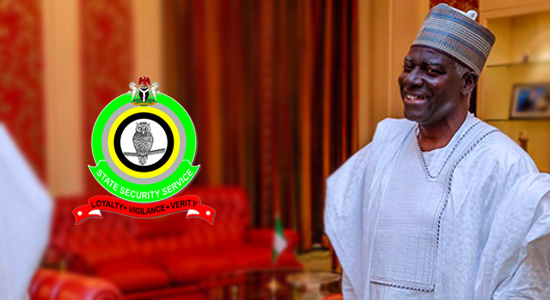 Why Sowore Is Yet To Be Released – SSS

The Nigerian State Security Service has debunked the claim by Emmanuel Ogala, a lawyer representing Omoyele Sowore over a claim that they were being prevented from taking Mr. Sowore after meeting his bail condition on Wednesday.

The secret police spokes person, Peter Afunaya, in a text message midnight Wednesday revealed the said claim by Mr. Sowore Lawyer that he was denied release by the SSS was untrue.

In his statement “This is not true. The SSS has not been informed by the judicial authorities or any legal representatives that the bail conditions have been met accordingly. The media shouldn’t allow itself to be used as agents of misinformation,”

When PremiumTimes send a text message to Mr. Afunaya over claims by Mr. Emmanuel Ogala that he was denied bail of Mr. Sowore after meeting the bail condition, claiming they were prevented from taking Mr. Sowore was a lie.

The presiding judge, Ijeoma Ojukwu, after signing Mr. Sowore release warrant but the SSS office claimed they have closed for the day work, We were told that they close at 3:30 p.m.,” Mr Ogala told PREMIUM TIMES.

A similar incident happened when Mr. Sowore was first granted bail by the same court, presided over by another judge, Taiwo Taiwo.

After that declaration, Mr. Sowore’s lawyers made another attempt but were again, were denied taking the Sahara Reporter publisher on the ground that the office has closed,  the lawyers, led by foremost rights activist, Femi Falana told PREMIUM TIMES.

The prosecution lawyers had also informed the court after filing the charge that the recent charge invalidated Mr. Sowore’s first release order and that the activist could only be released if a fresh bail application was favourable considered and its condition met by the defence team.