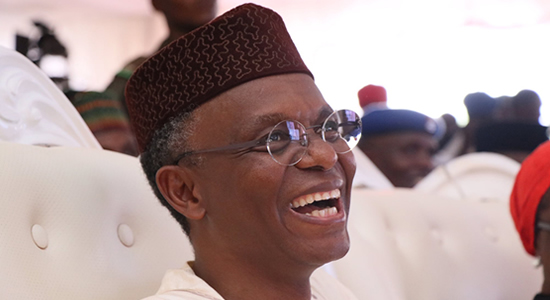 The Court of Appeal sitting in Kaduna State on Thursday affirmed the election of Governor Nasir El-Rufai of Kaduna State.

According to Punch, the appellate court upheld the judgment of the election petition tribunal which had earlier affirmed El-Rufai, the candidate of the All Progressive Congress as the winner of the March 9 election.

The Independent National Electoral Commission had declared the governor the winner of the election in the state.

Dissatisfied with INEC’s declaration, the candidate of the Peoples Democratic Party, Isa Ashiru approached the Kaduna State Governorship Election Petition Tribunal where the tribunal dismissed his petition for lacking in merit.

Ashiru and his party had asked the tribunal to cancel a total of 515,951 votes, which they claimed were unlawfully allocated to the APC as well as 124,210 unlawful votes, which they said were added to the PDP, through wrong or double entry on the result sheets by INEC.

After the tribunal’s verdict, the PDP candidate went ahead to file an appeal.

The five-man panel of the Appeal Court of judges upheld the decision of the tribunal and declared El-Rufai as the duly elected governor of Kaduna State.

In the unanimous judgement delivered by Justice Olumuyiwa Aburu, the appellate court upheld the judgement of the tribunal which dismissed the petition of the candidate of the Peoples Democratic Party, Ashiru for lacking in merit.

The Appellate Court ruled that the PDP candidate could not prove his allegations of massive rigging and other electoral irregularities.