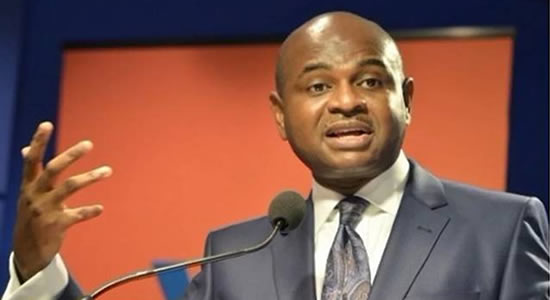 The Presidential candidate of the Young Progressive Party (YPP) in the recent concluded 2019 general election, Prof. Kingsley Moghalu has dumped the YPP.

Moghalu made this known through his tweeter handle, @MoghaluKingsley on Monday, while called for a reform in the electoral system in the country ahead of the next round of general election.

He posited that unless there is serious reform in our political system, the dream of good governance and accountability will continue to be a mirage.

He added that status-co is one of the reasons our politics has remained irresponsive. The former Central Bank Deputy Governor turned politician called for electoral reform which includes electronic voting, saying will only be our panacea to strengthening our political system. Let fix it before the 2023 general election, Moghalu said.

In his tweet, “Please join our non-partisan movement http://tobuildanation.org Partisan politics won’t fix this problem. To this end, I’ve resigned my membership of Young Progressive Party.

“Nigeria today is approaching its moment of reckoning. We need to focus our attention on fixing the roots cause of our problems. Suggesting, Electoral reform, voter education as part of the solution, constitutional restructuring et al will guarantee our informed electorate. If we can agree on these other things can follow.

The Professor explained if we can achieve electoral reform and gives our democracy a meaning, our youth cannot be wasting their resources on voting for bbnaija instead of viable expedition.

He suggested that young people should take the lead for electoral reform with the country having up to 70% youth population, Nigerian future is young.