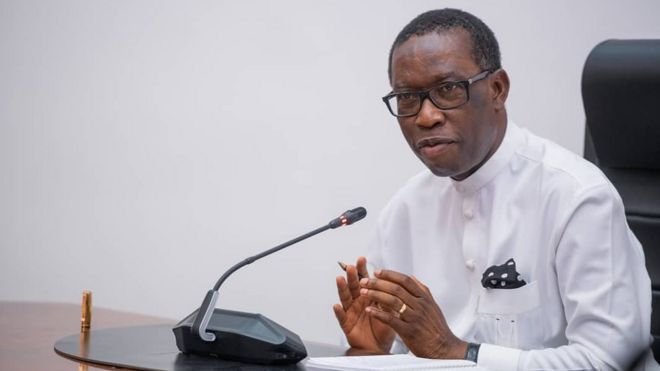 Delta State Governor, IfeanyiOkowa, has reportedly appointed his biological daughter as a political aide. Her appointment came under widespread condemnation, as the governor says he owes no one apologies for appointing one of his daughters as an aide.

On the choice of who succeeds him, Gov Okowa said that would be determined by God. “I am not God. I don’t make a governor. Nobody makes a governor. It is only God that can make one. “The important thing is we want to ensure there are unity and equity and we will continue to work towards achieving a situation that keeps us united as Deltans, realizing that working together makes us stronger as a people.