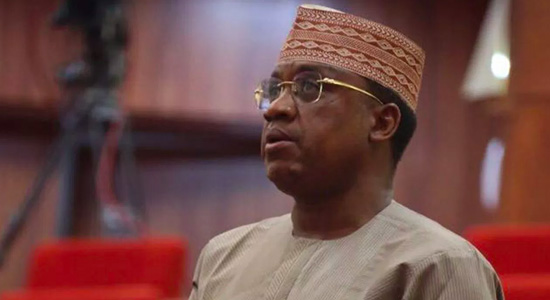 Senator Kabiru Marafa has explained why he held a secret meeting with Zamfara state Governor, Bello Mattawale on Sunday at the Government House, despite party differences.

The factional leader of the All Progressives Congress, APC said his visit was to seek the review of the Sharia legal system in the state.

In a statement he issued in Abuja on Monday, Marafa said that his visit did not mean that he had dumped the APC. He said his visit to the Government House in Gusau together with top members of his APC faction was to throw their weights behind the state government in its effort to bring about the much-needed peace in the state.

The Senator said, “This is not the time for politics. Allah has His own ways of bestowing leadership on people even without much ado.

“He has done so in Zamfara through the emergence of Mattawale. That’s a lesson from Allah and we must all accept it as such.”
Speaking on Mattawale's performance, Marafa described the Governor as a listening leader who is committed to improving the lives of the citizens.

“Before now, people thought we were playing politics with our reservations on the past administration but today, to the glory of Allah, we are experiencing peace again in Zamfara.

“President Buhari who is the leader of our party, APC, had singled out Mattawale for commendation following the success recorded in the restoration of peace in our state.

“Other governors are being urged to emulate Zamfara in the area of peace. This is what we are clamouring for. We are thanking Allah for the success.

“I want to assure you that I and my teeming supporters will not falter in our support to ensure that the successes being recorded so far under your watch are consolidated and maintained.

“I want to use this opportunity to reaffirm to the people of Zamfara and other Nigerians that I remain an APC member. I want to inform Nigerians that the APC in Zamfara remains divided.