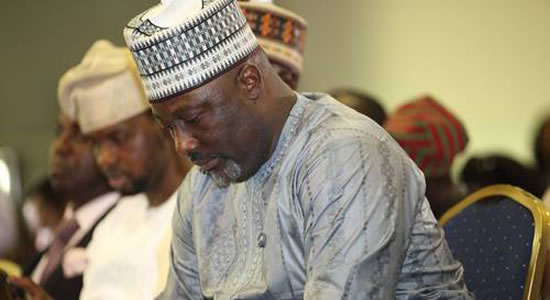 Kogi state Senator, Dino Melaye was on Tuesday arrested by operatives of the Special Anti Robbery Squad (SARS) in Abuja. According to Vanguard, the Senate Committee Chairman on Federal Capital Territory (FCT) was this morning taken to the SARS detention facility located just opposite the old Central Bank of Nigeria, CBN junction along the Area 1 expressway.

The Senator had tweeted on Tuesday that he would make himself available to the police before his arrest.

Recall that Senator Melaye was arrested yesterday at the Abuja International Airport by officials of Immigration Services. Shortly after his release, armed Policemen besieged his residence in Maitama seeking to rearrest him.

The Senator is yet to speak on his arrest as his phone numbers were switched off at the time of filing this report.