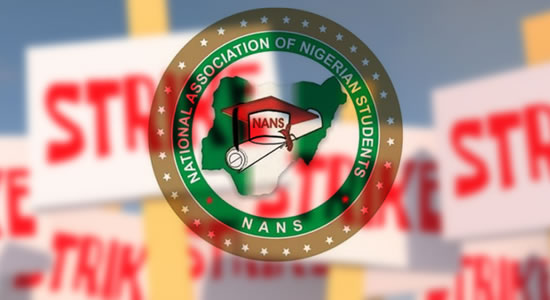 The National Association of Nigerian Students (NANS) has issued the Federal Government 21 days ultimatum to meet the demands of Academic Staff Union of Universities (ASUU) to facilitate the suspension of ongoing strike or face nationwide action. The National President of the Association, Chinonso Obasi stated this on Tuesday in a statement made available to newsmen in Abuja.

According to him “It is with deep pain and regret that NANS received the news of another indefinite strike by ASUU over the Federal Government’s indifference to their plight. Nigerian students see the breakdown in negotiations as a further proof that political leaders don’t care about their future."

"Consequently, we wish to call on the Federal Government to do all it can to get ASUU back to the classrooms. The demands of ASUU are reasonable and touch on the integrity of government, especially in the light of the fight against corruption."

Obasi lamented that seven years after an agreement was negotiated, the Federal Government was yet to meet the terms of the deal. He stressed that the delay in the resolution of the crisis had altered the academic calendar with huge adverse implications for the students.

He warned that if the matter was not resolved within 21 days, the students would be forced to embark on widespread protest to ventilate their grievances.