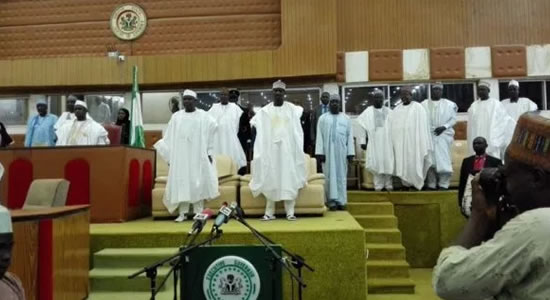 The Speaker, Alhaji Salihu Maidaji, announced the decision of the House at a plenary on Tuesday that the removal was endorsed by the 21 members.

“I have received a letter of a vote of no confidence in the Deputy House Leader duly signed by 21 members of the Assembly in accordance with Order Six, Section 11, subsection (3) of the Standing Orders of Sokoto State House of Assembly 2014 as amended.

“The signatures of the 21 members that passed the votes of no confidence in Kabiru Ibrahim, member representing Kware as Deputy House Leader are hereby accepted.

“Consequently, we replace him with Alhaji Ibrahim Sarki as the new Deputy House Leader (APC- Sokoto North II),” he said.

In an interview with newsmen after the impeachment, the House Leader, Alhaji Garba Bello (APC- Yabo), noted that the vote of no confidence followed constitutional breaches by Ibrahim.

He accused Ibrahim of engaging in some political activities ahead of the 2019 General Elections in violation of INEC guidelines.

“Ibrahim arranged a delegation with other members to mobilise in support of a governorship aspirant and as such he breached our Standing Orders.”