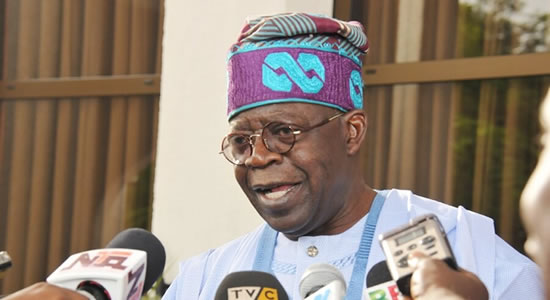 The General overseer of the Citadel of Global Community Church in Lagos, Pastor Tunde Bakare has kicked against his critics for praising Tinibu at the pulpit where he commended the APC National leader, Asiwaju Bola Tinibu for contributing to the Yoruba states in Nigeria. The pastor described his critics as “undertakers” calling on any of them with proof that he was bribed to rain praises of Tinibu during a congregational gathering in his church, saying nobody is rich enough to buy his opinion.

Bakare had on Sunday while at the pulpit compared Asiwaju to Jephtah of the Bible, saying he fought many battle for the Yoruba and “delivered Lagos state and nearly all the south-west states from the onslaught of the PDP from 1999 to 2007.”

However, the massage of pastor Bakare was greeted with mixed reaction from Nigerians saying why the sudden u-turn when the same Bakare once spoke against Tinibu not long time ago.

The pastor while addressing his congregation during church service on Sunday at Ikeja Lagos state in another massage titled “There is none Holy as the Lord,” wondered why people were swift in judging him in his sermon without listening to the full sermon of the day.

The preacher said, “One would have thought that the whole message of over an hour would be listened to so that the context of the clip that went viral would be listened to before judgment is passed by those who considered us to have taken a 360-turnaround compared to the thoughts we had taken previously about the man many love to hate and many hate to love.

According to him, the undertakers were too swift to throw both the bath and the baby at the same time, thinking that our way out of the present dilemma as a nation is to uproot the tares and separate them from the chaff before the harvest time ordained by God which is wrong.

Bakare said, “The same undertakers wilfully forget that the current mixture of the bad, the good, and the ugly in the polity are a result of the negligence of our past and present leaders, who slept on duty and allowed the enemy to sow the tares while the good man had planted good seeds on the ground.”

He said only God has the power to judge but not by individual mortals, saying that his commendation of Tinibus leadership was not an approval for his lifestyle.

The preacher reminded his critics that while others were sleeping, Tinibu was busy strategizing his stooges in position and is now time for him to reap his labour, reminding them that is not yet time to defeat Tinibu in Lagos.

He insisted that his statement over Tinibu was purely his opinion not that of any power broker from Abuja.

Bakare revealed that contrary to his critic’s opinion, nobody gave anything to say what he has said talk less of being sponsored by any invisible power.

According to Bakare, it was laughable, “One gentleman in particular labelled the part of the message he heard without listening to the rest. With all the PhDs he acquired, he said, ‘Tunde Bakare strategical delegitimisation of Tinubu.’

“Brothers and sisters, I say this before God who will judge the quick and the dead, none of these things is true. They are all the figments of the imagination of the writers and they are entitled to their opinions.”