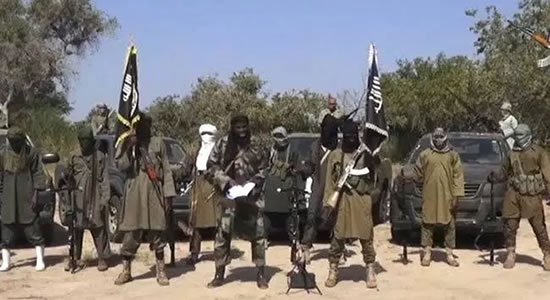 An Islamic group, Muslim Rights Concern (MURIC) on Tuesday condemned the murder of the chairman of the Christian Association of Nigeria (CAN) in Michika Local Government Area of Adamawa State, Rev. Lawan Andimi, by Boko Haram. MURIC director,

Professor Ishaq Akintola, in a statement issued to newsmen to commiserate with Christian Association of Nigeria (CAN) as well as the family of the victim, described the killing as horrendous, ungodly and barbaric.

He noted that that Boko Haram is not an Islamic group, but a group of misled zealots, adding that any group that kills at will and sheds the blood of innocent people cannot represent the religion.

The statement reads in part

“What is the crime of Rev. Andimi? Being a Christian is not a crime. There are thousands of honest, hardworking, law-abiding and God-fearing Christians in this country. Every individual is free to follow any faith of his or her choice because the Qur’an forbids compulsion in religion (Glorious Qur’an 2:256) while the Nigerian Constitution guarantees freedom of religion in Section 38 (i) & (ii).

“It is crystal clear from the antics of Boko Haram that the group is keen on igniting a religious war. They are deliberately targeting Christians for attacks in order to provoke the Nigerian Christian community. But they have failed.

“They have failed because Nigerians understand what Boko Haram is doing. We will not fall into Boko Haram’s trap. We call on all Nigerians regardless of religious background to unite against Boko Haram. We must stand up together to fight the evil in our midst.

“MURIC calls on the Federal Government to intensify and expedite action on uprooting the last vestiges of Boko Haram. We charge the Nigerian military to leave no stone unturned in its efforts to eliminate the insurgents.

“Our hearts are heavy as we remember the bereaved family. But we are assured in the global reach of God’s divine umbrella. Only Him can console them. Only Him can heal. We pray that the Almighty God will give succour to members of the deceased’s family, his friends and associates.

“We commiserate with the leadership of CAN in particular and the Nigerian Christian community in general. In times like this, it is only patience, maturity and statesmanship that have kept Nigeria going. We must remember that both sides have lost key figures to Boko Haram attacks.

“Many Imams and high profile Shaykhs have been killed by these same insurgents. We are all losing our loved and respected clerics, friends and family members. We are all victims. Let us console ourselves and strengthen our position with prayers instead of resorting to blame game.”