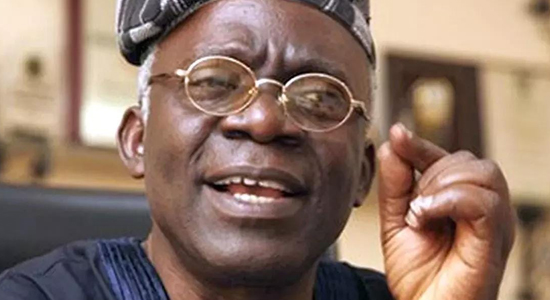 The Senior Advocate of Nigeria (SAN), who is the lead counsel to the publisher of SaharaReporters, raised the alarm on Channels TV programme on Monday.

Vigil360 recalls that last Wednesday, a federal high court in Abuja, ordered the release of Sowore. The DSS upon receipt of the court order said no surety had come to take Sowore on bail.

Although the DSS has expressed readiness to comply with the court order, Falana claimed that the DSS may have concluded plans to keep Sowore incarcerated.

“I was reliably informed last night by a security official that the government was currently fishing for evidence. An attempt is being made to file a fresh charge on Tuesday so that there will be an excuse that ‘we are arraigning them in court, hence we are unable to release them’.

“If you recall, that was what was done when Justice Taiwo Taiwo granted Sowore bail on September 24.

“For a whole week, the order of the court was flouted. And then, of course, on September 30, he was arraigned together with Olawale Bakare. We are ready for them.”