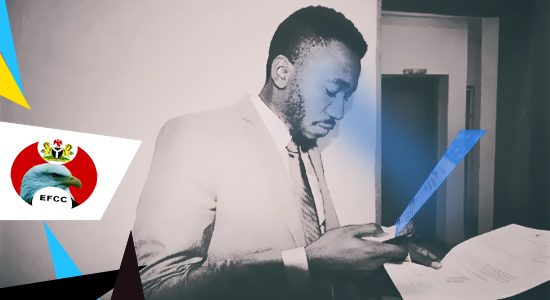 The brilliant brain behind the witty EFCC tweets, yesterday, announced that he is leaving the agency.

Olufemi Olukayode Adeyemi, better known as F.Shaw, won the hearts of many Nigerians with his brilliant and witty engagement on the agency's official handle @officialEFCC.

Announcing his departure @officialEFCC tweeted: “you are an excellent communicator; you are special; good luck for the future and thank you for your service”.

Responding through his personal twitter page, @FshawKingFisher, said: “Thank you for trusting my judgement and thank you for the privilege to serve. I wish you greater success going forward.

“Esprit the corps” he concluded.

@FshawKingFisher joined the agency and built up their twitter handle to rank among the best in public engagement with his quick and witty response to enquiries.

Disagreement over the running of the agency by the Acting Chairman, Ibrahim Magu, and the suspension of the Commission by the EGMONT group were cited as some reasons behind his resignation.

The “handler” is now one of many highly trained and very competent professionals that have left EFCC since Magu took over the leadership of the Commission.