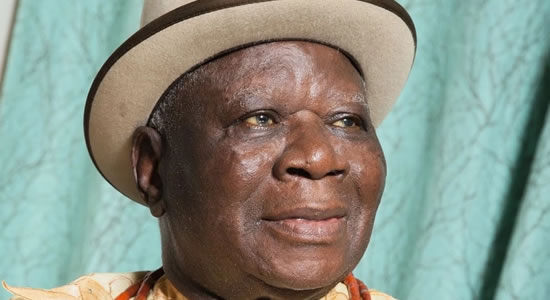 2023: Other Regions Must Allow The South East To Produce President – Edwin Clark

Federal Commissioner for Information, Chief Edwin Clark, has called on politicians from the North, South-West and South-South to bury plans of producing Muhammadu Buhari's successor in 2023 as it is morally right to allow the South East produce his successor.

In an exclusive interview with Vanguard on the occasion of the nation's 59th Independence Day celebration, Clark said no region was superior to the other, stressing that for equity and fairness, the Igbo must also be given a chance to govern the country.

Responding to question on those jostling for 2023 presidency he said;

"Like I said earlier, when Lord Lugard amalgamated us, he did not say northerners are superior to southerners. They had the presidency several times throughout the military era. Today, another northerner is running for eight years.

"The South-West have had their turn and the South-South had their turn through President Jonathan. It is only the South-East that has not had it. It is the turn of the Igbo to have it. Where in Nigeria don’t you have competent people?

"Where in Nigeria don’t you have intelligent people? Every region in Nigeria has qualified people to run government and be President of Nigeria. That is why people like Alhaji Balarabe Musa and Senator Shehu Sani are talking of giving peace a chance. Let zoning between the South and the North continue. That is the only honest thing to do in this country."

Reacting on claims from some quarters that the Igbos have not played good politics and do not deserve the highest position in the land, he said;

"How do they want them to play it? Have they not been participating in all the elections? Do they not have governors elected in the East? Do they not have National Assembly members elected in the East? Is it because they refused to vote for a particular party? What are they talking about? How does that affect them? During the 2019 campaign, we heard Mr Babatunde Fashola (Minister) and Vice President Yemi Osinbajo saying that if the South-West voted for Buhari en-masse, the presidency would come to them in 2023.

"The Secretary to the Federal Government went to the South-East to say the same thing. Labour Minister Chris Ngige also said same thing to south-easterners. These were mere campaign gimmicks. Let us face the reality; most of them who are talking about it were not born when Nigeria got independence and they didn’t know how Nigeria developed. I am now 92.

"I saw Nigeria in the First Republic and the role the Igbo played. There is no politician better than the Igbo politician. The Sardauna of Sokoto and Premier of the Northern Nigeria, Alhaji Ahmadu Bello, played politics together with his Igbo counterparts. The Mbadiwes and Aja Nwanchukus were easterners who played leading roles in the development of this country. What of Nnamdi Azikiwe? Nigeria has qualified people from every region, every state. To say they have not played politics well is unacceptable. Is it because they fought the civil war they believed in?"