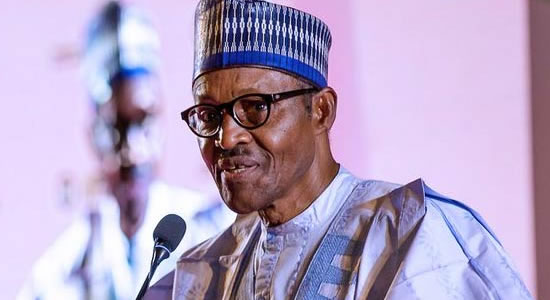 President Muhammadu Buhari on Friday met behind closed doors with the Acting Head of Civil Service of the Federation, Dr Folashade Yemi-Esan, at the State House, Abuja. According to NAN, the agenda of the meeting between the president and the new acting HoS was unknown at the time of filing its report.

The report, however, said Yemi-Esan, who was in the Presidential Villa for the first time since her appointment on Wednesday, might have used the opportunity of the visit to formally introduce herself to the president.

Yemi-Esan took over from Mrs Winifred Oyo-Ita, who was asked to proceed on indefinite leave to allow the conclusion of the investigation being carried out by the Economic and Financial Crimes Commission.

Yemi–Esan officially resumed duty yesterday. She acknowledged Oyo-Ita’s hard work and dedication and promised to build on her achievements.

In a statement signed by Director of Information, Olawunmi Ogunmosunle the Ag. HCSF was quoted as saying, “there is no reinventing the wheel. I will only build on the sound foundation and structure which she has left behind because the government is a continuum.”

She also appealed that the cooperation and support given to the outgoing HCSF be extended to her.