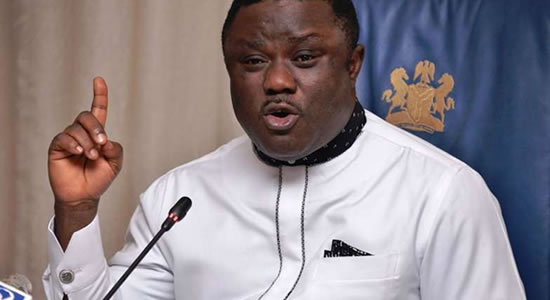 The African Action Congress (AAC) in Cross River State, has berated the governor of the state, Prof. Ben Ayade over alleged insecurity stressing that the development worsened because he mismanaged the N7billion security vote purportedly appropriated in the 2019 budget.

The Chairman of the party, Agba Jalingo who made the position of the party known following the killing and beheading of a father and son as well as the maiming of others by the people of Usumutong lamented that despite the worsening state of insecurity, the Governor was nowhere to be found.

“In the midst of the communal wars and killings, governor Ayade is away in Europe on a journey he did not tell Cross Riverians when he was leaving and what he went for.

“The AAC is fully aware that the 2019 Budget of Qabalistic Densification earmarks Seven Billion Naira (N7,000,000,000) as security vote, yet out of the 18 LGAs in the State, 14 are having active communal crises that have festered and spread across the state.

“Records from the Cross River State House of Assembly, Peace and Security sub-committee reveal that active communal crises in the State have increased from 30 in 2015 when governor Ayade took over to over 40.

“The AAC considers this trend unacceptable and as a Party concerned about the continued loss of lives and disruption of community life among our people, we are calling on governor Ayade to explain to the people of Cross River state how the 7billion Naira Security vote in the 2019 appropriation law is been spent and why these incessant crises have not abated.

“Our party dare say that governor Ayade has no clear cut conflict resolution strategy for the communal crises in the State other than just sending security forces each time one erupts and withdrawing them after a while to wait until another eruption.

“Apart from just explaining how such outrageous budgetary provision is been expended, Governor Ayade must also promptly unveil a robust alternative conflict resolution strategy that will involve seasoned experts, security agencies and warring communities, with a view to healing wounds and restoring confidence and peace.”