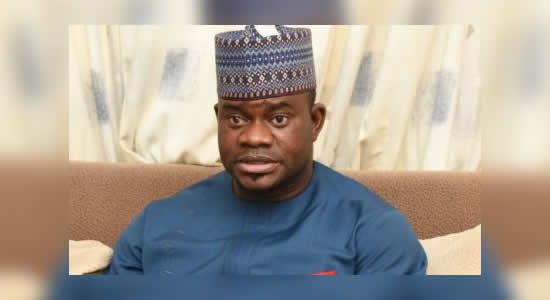 A Northern group under the auspices of CITAR a Non Governmental Organization has insisted that the Kogi State governor, Yahaya Bello be obliged to contest the 2023 Presidential election. The group reportedly gave the governor a 14-day ultimatum to accept its call on him, threatening it would mobilize Nigerians to occupy the streets if he fails or delays to do so. They marched to the Kogi Liaison Office in Abuja, on Friday where they presented a letter of their request to the governor. National Coordinator of the group, Amb. Oladele John Nihi, who spoke on behalf of the group, said their call was obliged by what he referred to as the “exemplary leadership of the governor in Kogi State.”

Nihi, who described their action as patriotic to the country, said his group wanted Nigeria to “have a feel of what kogites are currently enjoying.”

Our intention initially was to shut down this liaison office and to occupy it for the next 14 days until the government accepts our request to him to run.

“The Nigerian youths have put their resources and manpower together and with over 15 million of them signing signatures to ask Governor Yayaya Bello of Kogi State to contest the presidency come 2023.

In the same vein, in a statement issued on Friday, the group’s Spokesman, Hayatu Girie, after their meeting in Kaduna disclosed that the group has begun consulting with elders and religious leaders across the six geopolitical zones in the country. The group noted that governor Bello, apart from being at an advantage, age-wise, is a detribalized personality who can lead the country to the promised land.

We are happy to add our voices because we know that many people have asked Yahaya Bello, governor Kogi state to contest the 2012 presidential race.

“There is no hiding the fact that the desire of Nigerians for a great country aligns with that of Bello, so it is not out of place for us to be among the multitude calling on Bello to run for the presidential race,” Girie said.

Bello, who is currently serving his second tenure in office, became one of Nigeria’s youngest governors at the age of 40 in 2015.