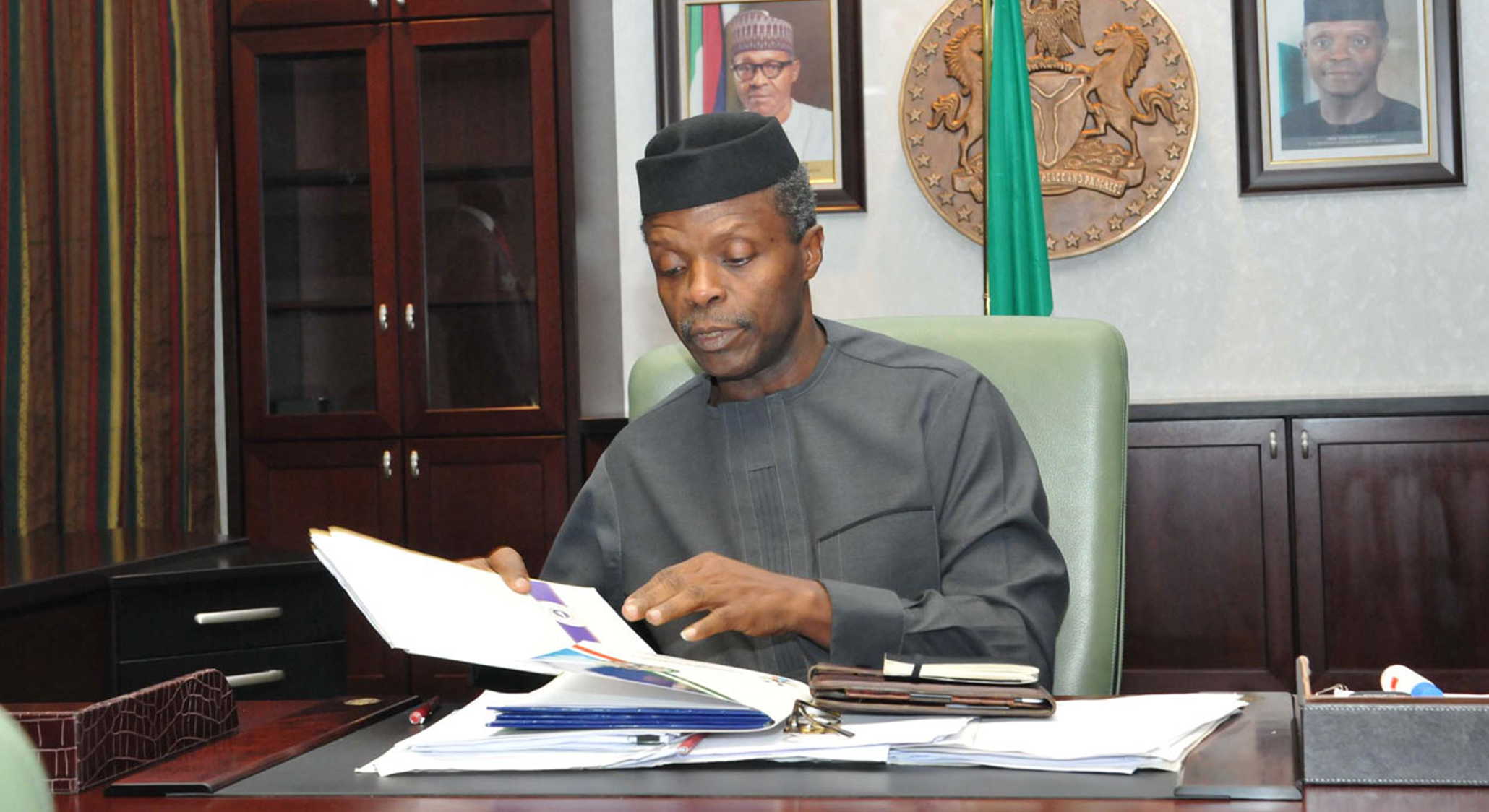 The Socio-political group such as Ohanaeze Ndigbo, Afenifere, and the Pan Niger Delta Forum PANDEF, has yesterday thrown their weight behind the Vice President; Prof. Yemi Osinbajo’s warning that there is a crack that requires fixing in the country if we shall continue as a country. The three socio-cultural groups PANDEF, Afenirefe, and the Ohanaeze while talking to journalists opined that the country cannot continue to live in denial.  However, the Northern Socio-cultural group, the Arewa Consultative Forum (ACF) though admitted that there exist some unhealthy cracks but it was unacceptable for the personality of the Vice President to heat the polity while it is already tensed.

The Vice President who was represented by the Secretary to the Government of the Federation (SGF), Boss Mustapha at the interdenominational church service in Abuja on Sunday while marking the Nigerian 60th anniversary said, “Our walls are not yet broken, but there are obvious cracks that could lead to a break, if not properly addressed.”

Consequently, the Ohanaeze throws their weight behind the Vice president on the statement saying it part of what fuelled separatist agitation from the southeast.

The National Publicity Secretary and the acting Secretary-General of Ohanaeze, Prince Uche Archi-Okpaga said the statement of the vice president was in line with their agitation.

Though he described the vice president for understanding the Nigerian predicament but said that Nigeria's problem could not be saved by prayer alone but with a deliberate effort.

In his statement, “In so many areas he is right. You can’t take his words for granted. He has been inside there and he knows where the shoes pinch the government and the people of Nigeria. So when he drops a word like that you can always know he is serious and he knows the nitty-gritty of what he is saying.

Meanwhile, the Afenifere National Publicity Secretary, Yinka Odumakin while airing his opinion to journalist stated “This is a perceptive observation and bold declaration by the Vice-President. It is an honest admission better than playing the ostrich. When you admit the problems you can begin to find solutions to them. But when you live in denial, you won’t find solutions to your problems. We hope his admission will.

Similarly, the PANDEF spokesman, Ken Robinson in its opinion said what Nigeria needs now is restructuring, not prayer, saying the admittance by the vice president on cracks was right there are visible cracks that need to be fixed.

However, the Arewa Consultative Forum differs in their opinion against the statement made by the vice president.

The ACF National Publicity Secretary, Emmanuel Yawe while reacting caution the Nigerian leaders to “watch their words” while making utterances, saying they shouldn’t make a statement that is capable of heating the political space rather than uniting people.

In his statement, he said, “The ACF is hopeful that Nigeria will overcome its current travails as it did in the past and even overcame a fratricidal war to break up Nigeria. To do this, Nigerian leaders like Osinbanjo should watch their words.”