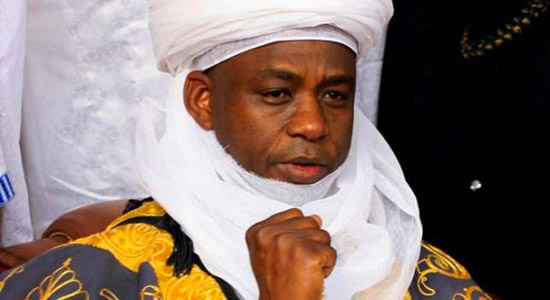 The Sultan of Sokoto, Alhaji Sa’ad Abubakar III, had frowned at Imams and pastors who have turn religion into a weapon of inciting violence amongst followers and their counterparts.

The Sultan made this condemnation at an inter-faith public lecture organized for Muslim and their Christian counterpart in Akure, Ondo state.

The lecture was a prelude to Akure Ulefunta festival lecture slated to hold on Monday.

The theme of the lecture titled “Our Diversity, a Divine Gift and Blessings untapped: Wrong Path trodden and Way to Peace.”

The Sultan in his statement said that clerics must observed decorum in their utterances while preaching to followers to avoid inflicting hate rate against one another as the security of the country is at stake.

He noted that it was demoralizing some clerics were fond of taking undue advantage of their followers, enriching themselves while their followers wallow in abject poverty.

He warned the cleric to stop politicizing religion as God does not belong to any political party.

Neither do the holy books, the Bible or the Qur’an belong to any political party either.

Sultan disclosed that religion is all about salvation, therefore, any Imam or Pastor should dwell more on salvaging soul rather than dwelling on the worldly things, the permanent life is eternal.

He noted that the material things have taken over religious houses, citing that most religious leaders now drive in convoys claiming they are founders of churches and some Islamic movement but behind the scene, they are self-serving individuals when you consider their lifestyles.

“They are getting richer and richer and the common man is getting poorer and poorer,” he said.

The Sultan admonished followers of all faiths to respect one another, saying “there is a common thread between Christians and Muslims” which should be deployed to the good of the society.