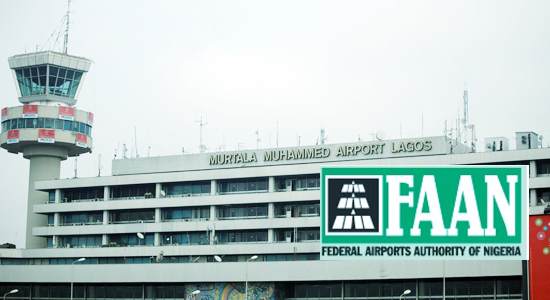 The Federal Airports Authority of Nigeria (FAAN) through a statement signed by its Acting General Manager, Corporate Affairs, Faithful A. Hope-Ivbaze, on 20th May 2022 has identified the mangled body seen on the runway of the Murtala Muhammed International Airport (MMIA), Lagos as that of a cleaner who was cleared to sweep Runway 18R/36L.

The runaway was temporarily shut down due to the incident, depriving international flights of landing and taking off from the airport international terminal, while a team of FAAN officials and the Nigeria Police Force evacuated the corpse as an investigation is ongoing.

Although Hope -Ivbaze has confirmed that flight operation had resumed at the MMIA, Lagos after the removal of the corpse at 3:34 am

The statement reads, “A motorized cleaner that was cleared to carry out a derruberization and sweeping of the runway discovered the remains at about 0106hours, and escalated the situation to relevant departments.

“As a result, between 0110 and 0343 hours, the runway was temporarily closed to allow for an immediate evacuation of the remains. Flight operations resumed at 0343 hours.”