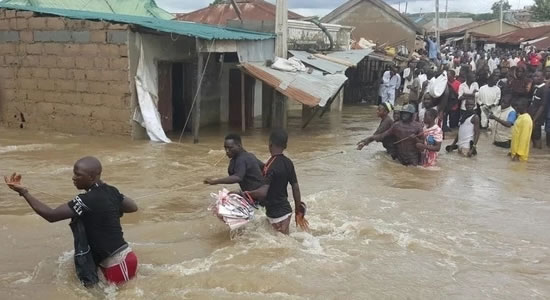 The Nigeria Hydrological Services Agency (NIHSA) announced that 8 upstream countries of the River Niger Basin are set to experience flooding from August and are likely to release water which will flow downstream the basin to where Nigeria is located.

This was disclosed by the Director-General, NIHSA, Clement Eze at a press conference in Abuja. Eze said, “Nigeria is located within the River Niger Basin which is occupied by nine countries, namely, Benin, Burkina Faso, Cameroon, Chad, Cote D’Ivoire, Guinea, Mali, Niger and Nigeria.

“Our country is located at the lowest portion of the basin. This means that once the upper catchment of the basin gets flooded, Nigeria should be prepared to experience flooding incident. The period of flooding in these upstream countries is August and September of every year.”

Eze also disclosed that NIHSA would continue to monitor the developments in the River Niger Basin and would also keep in contact with neighbouring countries especially Cameroon.

The agency has predicted that 28 states including the Federal Capital Territory (FCT) would most likely be affected by flooding this year.

He said, “The purpose of this press briefing is to call the attention of the general public, especially the states and Local Government councils to intensify and step up efforts towards averting flood-related disasters in their domains as the nation gradually gets into the peak of the flooding season.”

Flood-prone states were therefore urged to prepare for severe flooding between August and September.