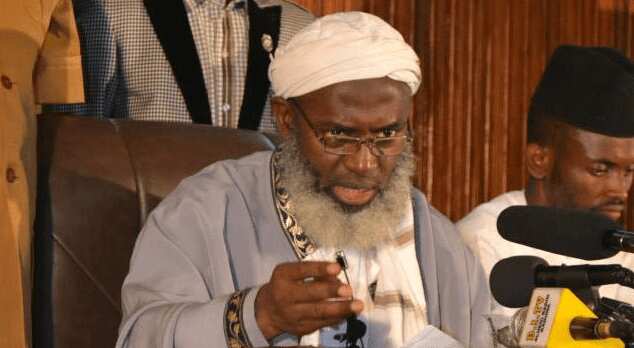 Northern Christian leaders have applauded the peace initiative initiated by Sheikh Ahmad Gumi in negotiating with the Fulani herdsmen leaders to prevail on their subject for the stability of peace in the north. The General overseer of Christ Evangelical and Life Intervention Ministry, Kaduna, Pastor Yunana Buru, revealed that it was a welcome idea what Dr Sheikh Mahmud Gumi for mobilising and enlightening the Fulani’s on the need to be peaceful in the southern Kaduna that was ravaged by insecurity in recent time. The cleric said only God would reward sheikh Gumi for the giant stride and for dedicating his time and energy in meeting the Fulani’s in their enclave and preaching words of peace to them while encouraging them the importance of acquiring knowledge of both modern and Islamic while rearing their cattle in the forest.

Pastor Buru commended the Sheikh for the peace campaign and also call on the northern leaders to support what sheikh Gumi is championing saying is the only sure way of managing the insecurity that has bedevilled the north in the meantime before a permanent solution is found.

He said Gumi took it upon himself to visit the Fulani’s in the forest and sensitize them on dangers associated with Kidnapping, armed robbery and banditry as it has gone in contrary with the law of the land.

The clergy while commending the Islamic said, “We really appreciate him for taking his time visiting those Fulani’s while calling on them to embraced peace. He is unique and quite different among all the scholars in his own method and approach to end killing, cattle rustling, kidnapping, armed banditry and gunmen attack.

“We must applaud him for taking this bold step towards dialogue and educating the Fulani youths on the dangers of drug abuse, and involving themselves in unlawful acts in the state.”

Pastor Buru noted that the importance of peace cannot be overemphasized; hence the need for the herders to end hostility is paramount as well as the government to look into their grievances and wades in where possible.

He called on other Islamic scholars to emulate Sheikh Gumi through dedicating part of their time to follow these herders into the forest and preach to them words of peace and how to be a good citizen.

Similarly, he called on other Islamic body like the JNI, the Supreme Council for the Islamic Affairs as a matter of urgency to proffer a way to reaching out to the Fulani’s and preach both religion and peace to them.

Meanwhile, another Christian cleric, Reverend Paul Ham made a similar manner called on other wealthy individuals, CSO/NGO to find a way of supporting such initiatives through supporting the Muslim clerics in their initiative to enable them to spread the Islamic gospel to the bush dwelling herders.

He also called on the state authority to provide enough security for the cleric whenever he is embarking on such mission for his safety.