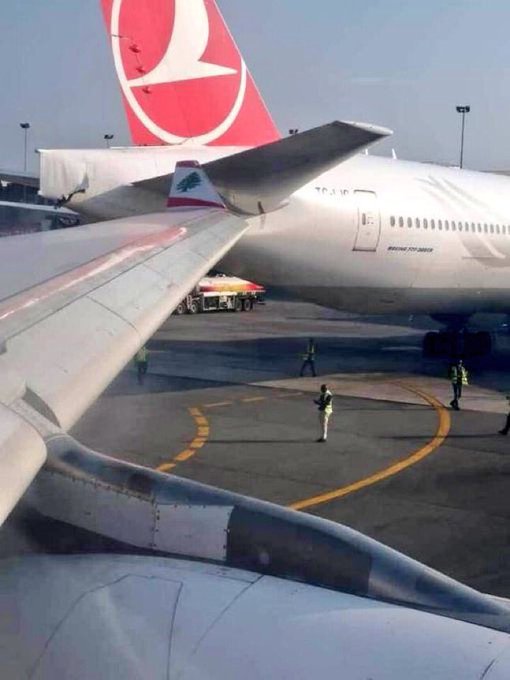 An Airbus A330-243 owned by Middle East Airlines which had been boarding passengers since 12:00 pm was involved in a wingtip accident after running into a Boeing 777 airplane operated by Turkish Airlines at the cargo area of the Murtala Muhammed International Airport (MMIA).

The accident which is one of the numerous ground collision incidents at the Lagos Airport over the years due to limited space occurred on Wednesday, July 29 when an MEA plane ran into the Turkish cargo flight, which was parked at the international airport apron,

Details were still sketchy but passengers on the Turkish Airlines flight were made to disembark and it was further learnt that the Nigerian Civil Aviation Authority (NCAA) has been notified and would issue a statement on the incident.